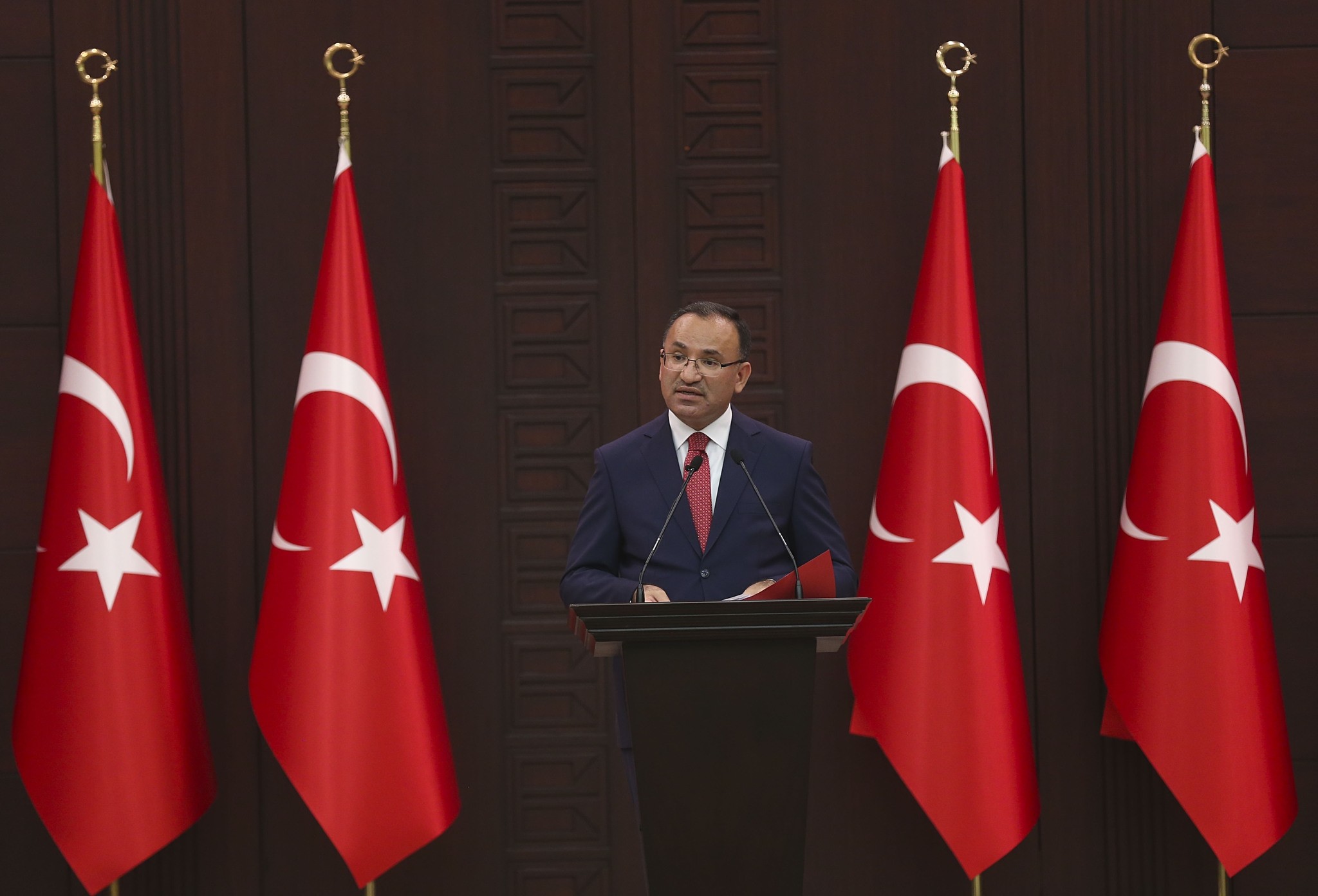 Speaking after the cabinet meeting in Ankara, Bozdağ outlined the division of work between the five deputy PMs, including himself.

According to the new assignments, Bozdağ will be the new government spokesperson and will be responsible for managing the government's relations with the Turkish Parliament, the Directorate of Religious Affairs Foundation (Diyanet), the Turkish Radio and Television Corporation (TRT) and Anadolu Agency.

The assignments were carried out by the former Deputy Prime Minister Numan Kurtulmuş before, who is now the culture and tourism minister.

Mehmet Şimşek has become the sole minister who runs the economy. He will continue ensuring coordination with economic institutions such as the Central Bank, Ziraat Bank, Halk Bank, Vakıflar Bank and Turkey Development Bank.

In addition to his former assignments, Şimşek will also oversee other major economic institutions like the Banking Supervisory and Regulatory Authority (BDDK), and the Capital Markets' Board (SPK). Meanwhile, the Eximbank will be supervised by the Ministry of Economy.

Former Defense Minister Fikri Işık will be responsible for following the execution process of the decisions and measures taken by the National Security Council (MGK). He will also oversee the Radio and Television Supreme Council (RTÜK), Supreme Council for Culture, Language and History Atatürk Culture Center (AKMB) as well as the Personal Data Protection Board (KVKK).

Former Health Minister Recep Akdağ will coordinate Turkey's ties with the Turkish Republic of Northern Cyprus (KKTC) and will also work in coordination with Turkey's Disaster and Emergency Management Authority (AFAD) and the Investment Agency.

Hakan Çavuşoğlu, one of the six new ministers who entered the Cabinet, will be responsible for the Alliance of Civilizations project, Turkey's 100th-anniversary events preparations, the General Directorate for Foundations and Turkish expats around the world.

The 65th government in Turkish Republican history, also known as the Yıldırım Cabinet, was formed on May 24, 2016, after former Prime Minister Ahmet Davutoğlu's resignation on May 5.

The only change in the Cabinet took place with former Interior Minister Efkan Ala's resignation on Aug. 31, 2016. Ala was replaced with Süleyman Soylu, the labor and social security minister at the time, while Mehmet Müezzinoğlu was appointed to Soylu's former post.