Outgoing UN envoy calls on Cypriots 'to stand up for change' 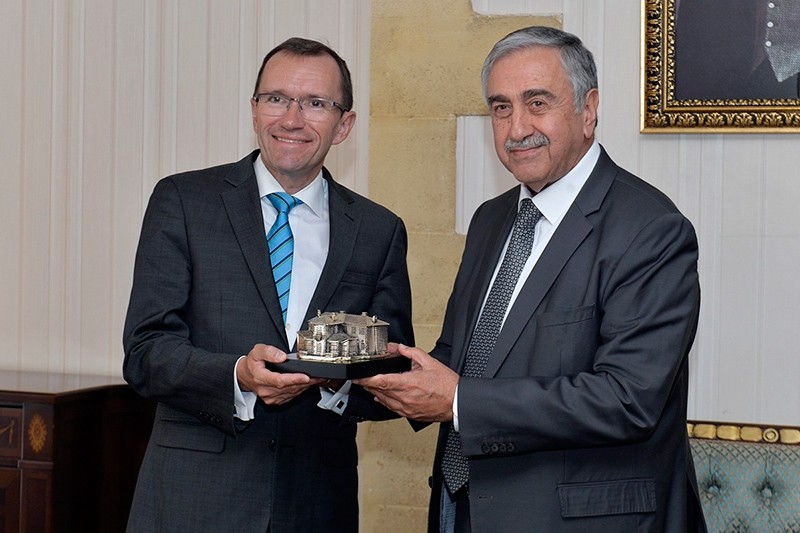 The United Nations will not resurrect the collapsed Cyprus reunification talks as the onus is now on the divided island's rival communities to prove they really want a long-elusive settlement, the outgoing U.N. envoy said Thursday.

"If people want change, they need to stand up for change," Espen Barth Eide told reporters after a meeting in Nicosia with President Nicos Anastasiades, the Greek Cypriot leader.

The United Nations "will not be resurrected by the U.N., the resurrection will have to happen from here", he said. "It is up to Cypriots... We can't do it for them."

The Norwegian diplomat was bidding farewell to the eastern Mediterranean holiday island as he is stepping down to run in parliamentary elections in Norway.

Efforts to reunify the divided island of Cyprus collapsed at a peace summit in Switzerland last month and Eide said the way ahead is now uncertain.

"We are here to help and always available but we are not planning any initiatives," said Eide. "The international community needs to be convinced that there is a real intent to try again."

There will be a reception on Thursday evening in honor of Eide, to be attended by both Cypriot leaders, their first meeting since the talks collapsed on July 7.

The negotiations broke down in the Swiss resort of Crans-Montana after the U.N. failed to broker a compromise deal on a new security arrangement for a post-solution Cyprus.

Greece wanted to end the right of intervention on Cyprus it holds with Britain and Turkey, while the Greek Cypriots also pushed for a withdrawal of Turkish troops from the former British colony which joined the European Union in 2004.

The talks in Switzerland failed to overcome these obstacles, leaving a U.N.-led push that ran for more than two years, the latest in a long list of aborted bids to find a settlement, in limbo.

"What's left of this phase is a better understanding where an agreement can be found if ever there will be a new attempt," said Eide.

At Crans-Montana the U.N. was working towards ending guarantees and intervention rights but some troops would have stayed on the ground.

Since the talks collapsed, Greece and Turkey have waged a war of words over the party at fault.

Both Greece and Greek Cypriot leadership have accused U.N. mediator Eide of having been "unprepared" for the summit and of not giving the full picture of what happened in the Alpine ski resort.

Turkey, as a guarantor power, sent troops to the Eastern Mediterranean island in 1974 in response to violence against Turkish Cypriots following a Greek Cypriot-led coup.

The island has been divided into two parts with a Turkish Cypriot state in the north and a Greek Cypriot administration in the south since then.

Turkey has blamed Greek Cypriot intransigence for the latest talks' failure and also faulted the European Union for admitting Cyprus as a divided island into the union in 2004, after Greek Cypriots rejected a peace deal.