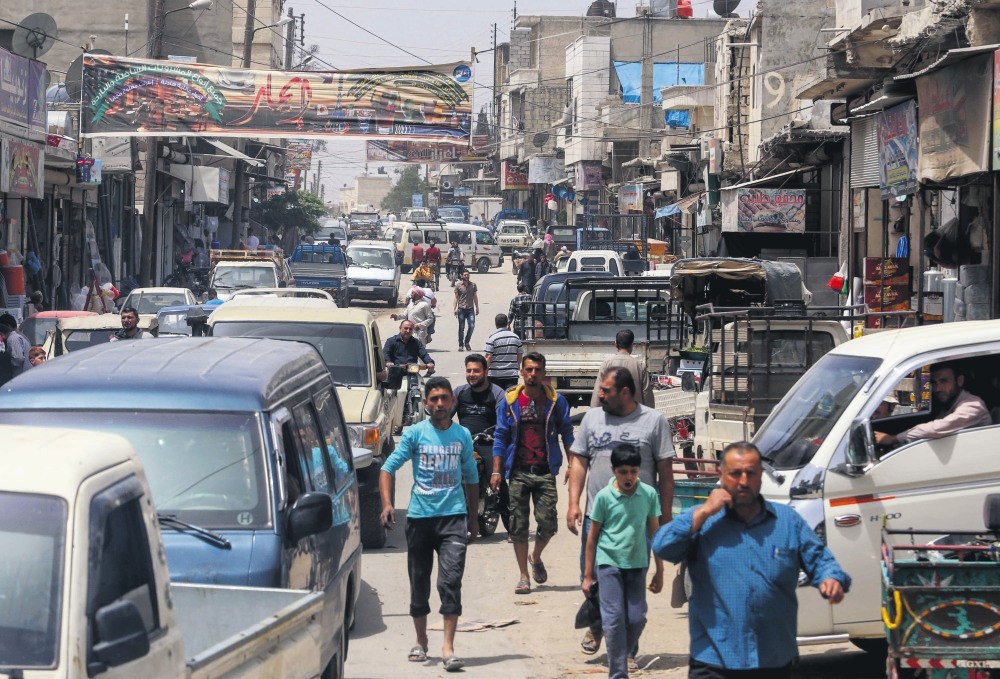 Reiterating Ankara's frustration over a Hashd al-Shaabi-led operation against Daesh-held Tal Afar, the high-level official said the offensive should be carried out by the national Iraqi army rather than a recently legalized paramilitary group.

Amid the increasing number of media reports claiming that the Tal Afar operation is around the corner, the senior official said that Turkey's stance on the issue has not changed. A Hashd al-Shaabi commander, speaking to the Russian news agency Sputnik, said earlier this week that the operation will kick off very soon, adding that the group will partake in it.

The Iraqi Defense Ministry confirmed the participation of the Shiite paramilitary group, as well. In a written statement, the Ministry said all military units have been geared up to crack down on Daesh in Tal Afar. Hashd al-Shaabi "will actively engage in the battle," the statement added.

Ankara had previously warned Baghdad in regard to a possible Hashd al-Shaabi operation, as President Recep Tayyip Erdoğan said in late October 2016 that Turkey does not find such an offensive appropriate in any way: "I conveyed this to all authorities loud and clear. Tal Afar is entirely a Turkmen town. Half the town is Shiite and the other half Sunni. We are looking at them wholistically as Muslims rather than Shiite or Sunni. However, if Hashd al-Shaabi terrorizes [Tal Afar], our response would certainly be different."

Tal Afar, a relatively large town with a population of 200,000 Turkmens, fell into the hands of Daesh in 2014 after the Iraqi army withdrew from the town. It is estimated that 60 percent of the Turkmens are Sunnis, while the remaining Turkmens are Shiite. Ethnic cleansing stemming from sectarian divisions is feared once the extremist Shiite paramilitary group takes control of the town.

Hashd al-Shaabi has had a notorious past. Iraq's Sunni Arabs and human rights groups have long complained that the militiamen have been involved in extrajudicial killings, abuse and the theft or destruction of property in areas from which they drove out Daesh. The militias' commanders, however, deny the charges and insist that the excesses are the work of an isolated few.

However, the Iraqi ambassador admitted that some people within the group "might have engaged in illegal actions" during the war. In spite of Baghdad's insistence that Hashd al-Shaabi has not engaged in any type of extrajudicial killings or mistreatment of civilians, human rights' groups disagree. A 2015 Amnesty International (AI) report said: "Shiite militias have been abducting and killing Sunni civilian men in Baghdad and around the country. These militias, often armed and backed by the government of Iraq, continue to operate with varying degrees of cooperation from government forces, ranging from tacit consent to coordinated, or even joint, operations."

Bilgay Duman, an expert on Iraqi affairs at the Middle East Strategies Research Center (ORSAM), said Hashd al-Shaabi's track record of human rights violations is not good. "Therefore, Hashd al-Shaabi's offensive into Tal Afar and the aftermath of the operation is sparking confusion among many," Duman said, adding that the Iraqi government would be responsible for it.

While there seems to be no doubt about Hashd al-Shaabi's role in the Tal Afar offensive on the Iraqi front, Iraq's Prime Minister Haidar al-Abadi promised the opposite in November 2016. The prime minister emphasized that Shiite paramilitary groups, such as Hashd al-Shaabi, would not be allowed to enter Tal Afar, adding that only the "72nd and 92nd brigades will enter the city."

Shortly after Prime Minister al-Abadi's pledge, the paramilitary group was legalized by the Iraqi Parliament, which voted to accord full legal status to government-sanctioned Shiite Hashd al-Shaabi militias on November 26, 2016. The law placed the militias under the command of al-Abadi and gave militiamen salaries and pensions that mirror those of the military and the police.

In addition to the Hashd al-Shaabi threat, Duman argued that the main problem may be other Shiite paramilitary groups operating independently from the Iraqi central government. "Hashd al-Shaabi has been legalized but there are other Shiite militias as well. They are the ones creating the most problems," Duman said.

The Iraqi expert is not certain as to whether such Shiite groups will be in Tal Afar. If so, Duman contends, there might be further crises in and around the town due to sectarian and ethnic divisions. "Then, noone will be able to hold the Iraqi government accountable for the crimes they commit there," he concluded.