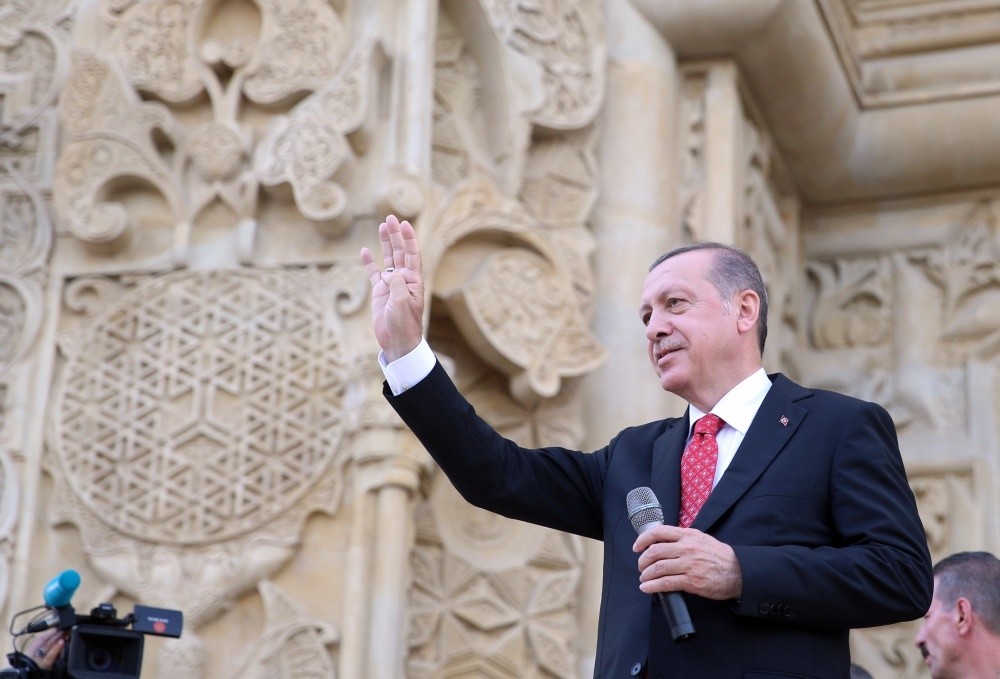 As part of the attempts to establish an intra-party reform, Justice and Development Party (AK Party) chairman President Recep Tayyip Erdoğan has warned party members that those aiming to take a role in the party should let go of their own interests and put Turkey first, adding that the youth and women branches of the party should be more engaged in the future election periods.

"Anyone that puts their self-interest ahead of the party's or the country's interests will not be able to become a candidate in the party administration. We have our arms and soul open for anyone that will work for the cause and the country, embrace our people, produce projects," the president said, speaking at an AK Party meeting in Giresun province in the Black Sea Region on Wednesday.

The AK Party chairman reminded party members of the difficulty in getting a simple majority of the votes as part of the new system, adding that they need to work to win the heart and soul of the voters by going door-to-door.

Meanwhile, during his speech in Giresun province, Erdoğan asked how many women from municipal council members were present. The response was that "four out of 12" were present during his speech. The AK Party leader then replied saying, "I count only the ones that are here," criticizing the party administration for their lack of engagement.

Since the establishment of the party, Erdoğan has put a great emphasis on giving roles to women and youth, and the AK Party is known for the strength of its woman branches.

President Erdoğan has long been leaning toward changes in the party's administration. Following his return to the AK Party after the constitutional referendum in April, the president said on May 30, "We will update all of our provincial, district and town organizations by the end of this year and revise them. This is because there is a mental fatigue, and we need to overcome this. Therefore, we need to be prepared for 2019, hopefully with a much more dynamic team."