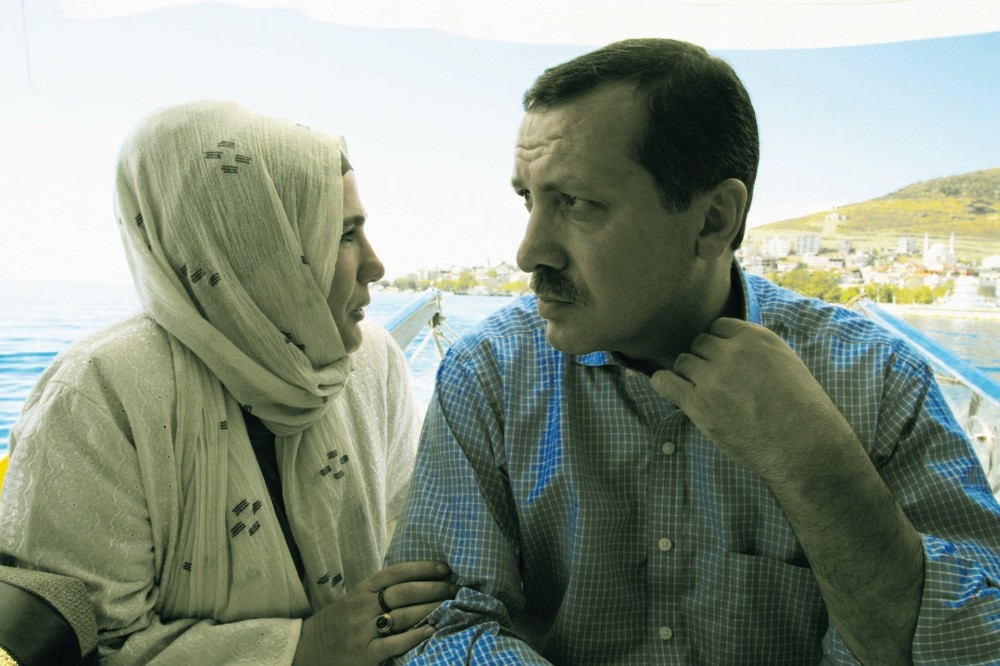 The AK Party, which came to power in 2002, bringing an end to Turkey's political instability, marked its 16 anniversary yesterday, and with President Erdoğan as chairman again, the AK Party is now focusing on intra-party reform

President Recep Tayyip Erdoğan vowed to continue bringing reforms to Turkey and preserve the country's political stability as the Justice and Development Party (AK Party) celebrated its 16th anniversary Monday in an event in Ankara with the participation of about 6,000 people, including many leading figures who were involved in the establishment of the party.

Addressing over 6,000 people, including many leading figures who were involved in the establishment of the party, Erdoğan said the party will soon undergo a change as it did in the past. "We have come to this day by changing our parliament members, mayors, provincial and municipal assemblies," the president said.

Erdoğan previously said that the AK Party will focus on intra-party reform to overcome what he has termed 'metal fatigue' through a shake-up in the party administration to ensure the maintenance of political stability, which AK Party governments' has kept since 2002.

Erdoğan said the need for change was driven in particular by the 2019 elections, adding "We should work towards this end".

The president added that the completion of the 2023 goals would crown AK Party's achievements, referring to Turkey's vision for 2023, which marks the centenary of the Republic of Turkey.

The country has set specific goals and targets for the year 2023 that include major improvements in the economy, energy, health care, and transportation.

Established on Aug. 14, 2001, under the leadership of Erdoğan, the AK Party has been the victor in all elections since it first won the November 2002 general elections with 34.6 percent of the vote. 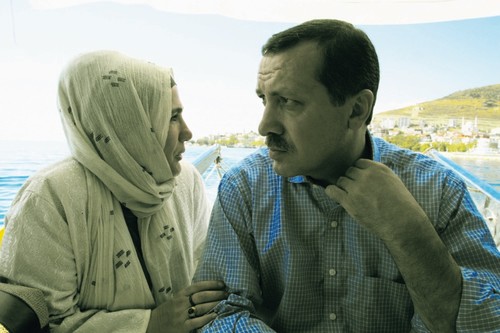 Erdoğan with First Lady Emine Erdoğan in 2002, the year the AK Party was founded.

Erdoğan's popularity and emergence as a charismatic leader began with his election as mayor of Istanbul in 1994, which he held until 1998, when he was banned from politics and faced a jail term for reading a religious poem. The ban from politics delayed Erdoğan from becoming prime minister until 2003.

Over the past 16 years, the AK Party has focused on solving Turkey's human rights issues and liberalization, moving forward with the EU accession process, strengthening the economy and health sectors, and also fighting terrorism.

In October 2005, Turkey and the EU began negotiations for full membership after Ankara's mass liberalization and democratic reforms, including allowing Kurdish language broadcasts on public television. Although the talks began, the Turkey's EU accession process remains stalled due to disputes over the divided island of Cyprus and the reluctance of many European countries to welcome a Muslim-majority country of 75 million people, among other issues.

In July 2007, the AK Party won the parliamentary elections with 46.5 percent, keeping Erdoğan as prime minister, and a month later, his longtime ally, Abdullah Gül was elected as president.

Continuing democratic reforms, the AK Party initiated a constitutional amendment to the 1982 Constitution in 2008, which was ratified after a military coup in 1980, including lifting the ban on the Islamic headscarf at universities. Deemed anti-secular, the change was negated by the constitutional court, which sought a political ban on the AK Party, which itself narrowly escaped dissolution by court order. The headscarf ban was progressively eased from 2010.

In the 2011general elections, the AK Party won its third consecutive majority, with 48.2 percent of the vote.

In March 2013, the leader of the outlawed PKK, Abdullah Öcalan, announced a cease-fire, which brought a series of negotiations with the government. The PKK later broke the cease-fire in July 2015, and since then, the government has been carrying out operations against the terrorist group both in Turkey and in cross-border operations along the country's southern border. In May of the same year, the AK Party government was faced with the Gezi Park protests, and later in December, Gülenist Terror Group (FETÖ) fıgures, then Istanbul Prosecutors Zekeriya Öz and Celal Kara, who are now fugitives who reportedly live in Germany, launched an investigation that targeted a list of people for prosecution, including ministers. The attempt to overthrow the AK Party government was unsuccessful, as the police did not follow the prosecutor's orders. The government's swift response prevented coup followers from carrying out their goal of taking over the state - which they retried through July 15 coup attempt in 2016 - and a comprehensive investigation was launched to tackle the danger posed by Gülenists in the judiciary, the police force and institutions in education, media, security and business.

In 2014, the AK Party had two major victories in municipal elections in March and in the presidential election in August, which was the first time people elected a president. Erdoğan was elected with 52 percent of the vote.

Then Foreign Minister Ahmet Davutoğlu was appointed as party chairman after Erdoğan stepped into his new role. During Davutoğlu's term, the AK Party went through two general elections, on June 7 and Nov. 1. While the AK Party failed to secure a majority in the June 7 elections, in the Nov. 1 elections it garnered nearly 50 percent of the vote, winning back the majority government.

After Davutoğlu, current Prime Minister Binali Yıldırım was elected as party chairman in May 2016 at a party congress.

As one of the major turning points of the Republic, AK Party government also faced the July 15 coup attempt, carried out by FETÖ members, the group led by Fetullah Gülen, who lives in a self-imposed exile in the U.S. since 1999. The coup attempt was defeated with support of the public and the police forces, while 250 people were killed and more than 2000 people were injured.

After the coup attempt, the AK Party government's proposal to make changes to the constitution, including switching to a presidential system, was brought to a referendum with the opposition National Movement Party (MHP) on April 16. The referendum was oproved by 51.4 percent of the vote.

On May 21, the AK Party re-elected Erdoğan as its chairman, as the new constitutional changes allowed the president to keep party ties and lead a party.

The president has been calling for change within the party and local administrations since the first day of his chairmanship. Criticizing some local administrations and fellow party members for their lack of enthusiasm in the run-up to the April 16 referendum, Erdoğan called on those who show signs of fatigue to step down. Erdoğan said earlier in July: "Our fellow friends in successful branches will, of course, continue their duties, but I guess you can also agree that a comprehensive change is needed in our local administrations.

"We will update all of our provincial, district and town organizations by the end of this year and revise them. This is because there is metal fatigue in these organizations and we need to overcome this. Therefore, we need to be prepared for 2019, hopefully with a much more dynamic team."