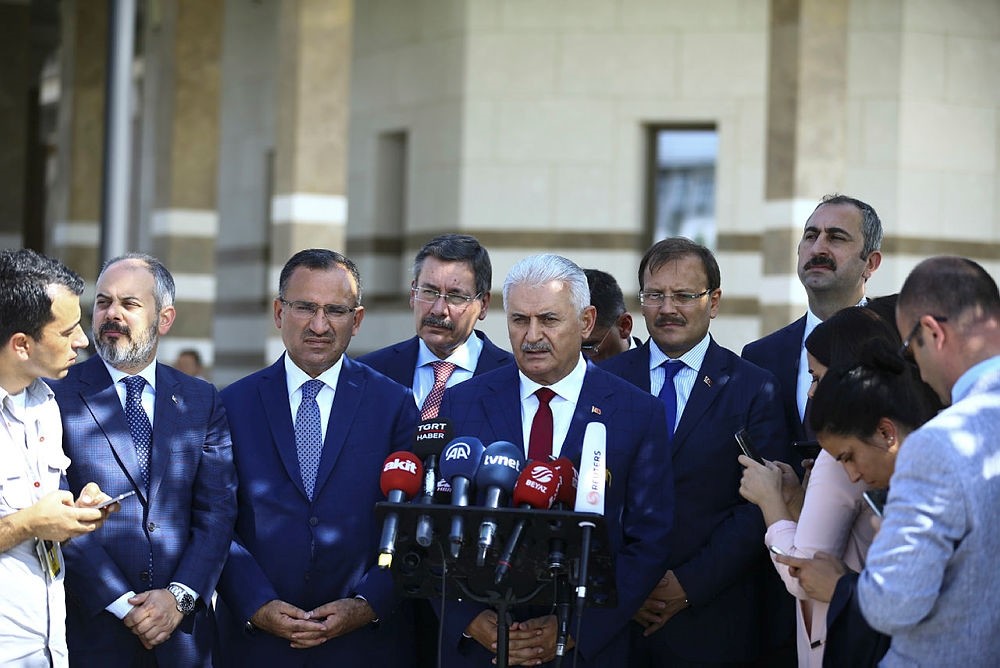 Prime Minister Binali Yıldırım said Friday that the United Nations might get involved in the controversy over the Kurdish Regional Government's independence referendum plans in the upcoming days.

Speaking to reporters in Ankara following Friday prayers, Yıldırım called on KRG leader Masoud Barzani to turn back from the decision to hold the vote, calling it "a grave mistake."

The prime minister said he is expecting to see new developments regarding the issue after the U.N.'s possible involvement.

Ankara expressed its support for the Iraqi parliament's decision Tuesday to oppose the independence vote, calling on the government in Baghdad to negotiate with the Erbil-based KRG.

Yıldırım said the vote could ignite a new conflict in Iraq as the region is already gripped by many other problems.

Answering whether Turkey would enforce sanctions on the KRG if it finalizes its referendum plans, Yıldırım said he hoped the situation would not reach that point but Turkey is ready to take all necessary steps.