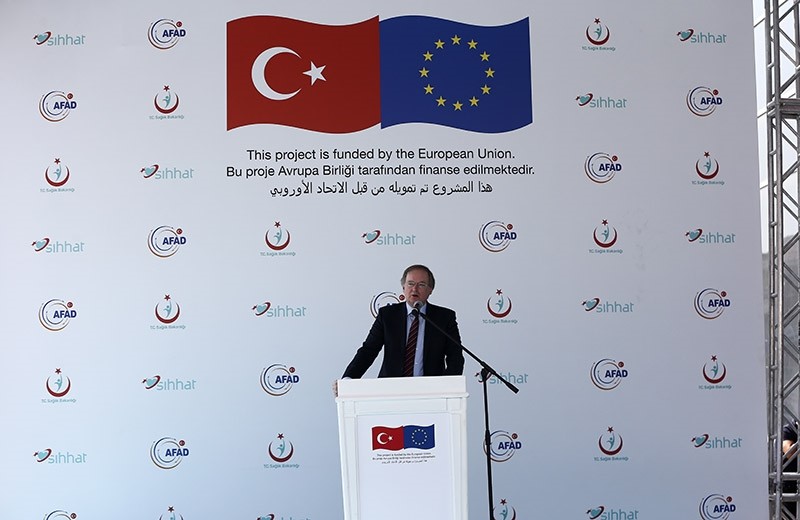 In a statement, the delegation said that the EU-funded center "opened today to provide health services to refugees in the Altındağ district, where the refugee population density is the highest in Ankara."

Speaking at the event, the head of the EU Delegation to Turkey, Ambassador Christian Berger, said: "As the EU, we are working hand in hand with our partners to provide a place where refugees can get access to the necessary care. I would therefore like to thank once more the Ministry of Health for their impressive delivery capacity and solid partnership."

Berger added that the EU is "fully committed to work with the Turkish authorities to ensure the well-being of Syrian refugees, as well as to support the host communities that have received them."

According to the statement, the EU provided €300 million ($360 million) to the Turkish Health Ministry in an effort to "improve the health status of the Syrian population under temporary protection and to provide access to primary and secondary healthcare services for over 3 million Syrians."

The statement added that the Altındağ center is one of 178 migrant health centers in Turkey established largely to provide healthcare services to Syrians.

"The EU project is financing the establishment, furniture, and operation costs of the centers, which will employ up to 1,500 health personnel, including Syrian doctors and nurses. It will also finance the recruitment, payment of bilingual health mediators and healthcare staff in direct contact with refugees, as well as their training on migrant health issues," said the statement.

Turkey hosts more Syrian refugees than any other country in the world. The country has spent around $25 billion helping and sheltering refugees since the beginning of the Syrian civil war.