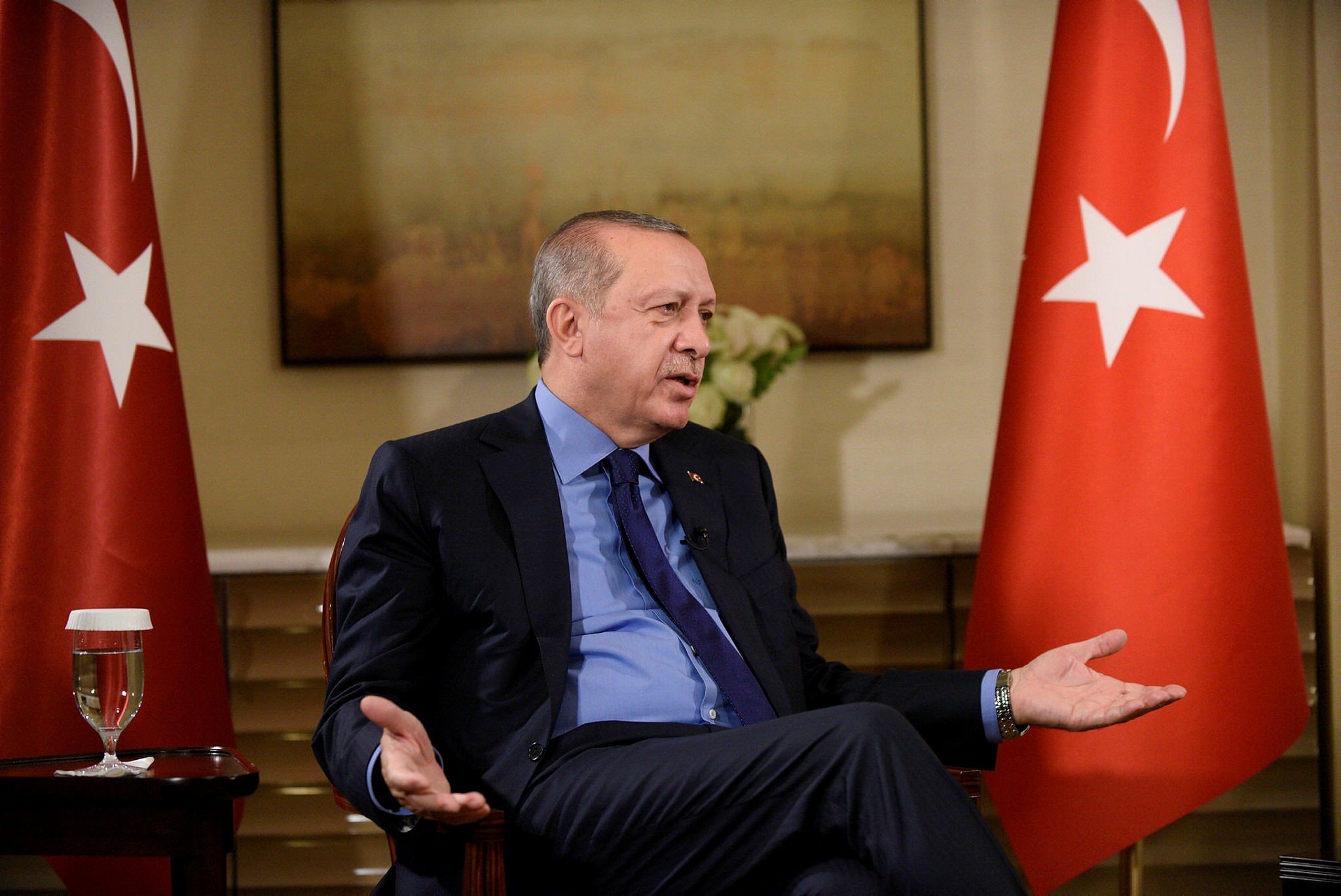 President Tayyip Erdoğan said on Thursday that Turkey will deploy troops in Syria's Idlib as part of a de-escalation agreement brokered by Turkey, Russia and Iran last month.

The "de-escalation" zones, agreed by the three countries, would be further discussed in talks with Russian President Vladimir Putin during his trip to Ankara next week, Erdoğan said in an interview with Reuters while he was in New York for the annual United Nations General Assembly.

"The de-escalation zone agreement was a promising idea ... under which Russians are maintaining security outside Idlib and Turkey will maintain the security inside Idlib region," Erdoğan said.

"The task is not easy ... With Putin we will discuss additional steps needed to be taken in order to eradicate terrorists once and for all to restore peace."

The Kurdistan Regional Government (KRG), in face of growing international pressure, insists not to call off a referendum on independence. Turkey, the Iraqi central government and Iraq's Western allies fear the move will detract the country from the fight against Daesh terrorist group.

Erdoğan said Turkey was considering counter-measures, including imposing sanctions, against KRG over the planned referendum.

Turkey has brought forward a cabinet meeting and national security council session Friday over the referendum, Erdoğan said. He also reminded that the Turkish parliament would also convene an extraordinary meeting Saturday.

"Without any further delay we are going to discuss what kind of sanctions should be imposed and when the sanctions will be imposed," he said without elaborating on what they might be.

Turkish troops are also carrying out military exercises near the border and Erdoğan said on Saturday the resolution on troop deployment abroad will be submitted to parliament for a vote.

Extradition of Gülen and US support for YPG

Turkey's ties with the United States are also strained over Washington's support for the YPG terrorist group, the Syrian affiliate of the PKK, which Turkey, US, EU and many other countries designated as a terrorist group.

Erdoğan warned Washington that a decision to arm YPG terrorists in Syria could end up hurting Washington and its allies.

"Turkey and the United States are strategic partners ... Washington should not harbor terrorists and they should be extradited to Turkey ... Also arming and supporting YPG can harm the United States and its friends," Erdogan said.

He said in the interview that he hoped political relations with Germany could be improved, praising German chancellor Angela Merkel for not "attacking" Turkey.

"I am quite hopeful the relations will improve ... we have no problem with German public. We have problem with some officials' wrong attitude against Turkey," he said.

Merkel, who has been at odds with Erdoğan on many fronts over the last year, has said that "the fact is clear that Turkey should not become a member of the EU."

Merkel, arguably the most influential politician in the European Union, has said she will speak to other EU leaders to end Turkey's EU accession talks.

"Things never went well for the last 54 years regarding Turkey's EU membership ... we have been lingering at the doorstep of the EU and things have got worse. They have never kept their promises," Erdoğan said.