US embassy cancels invitation of Sabah columnist over newspaper's report 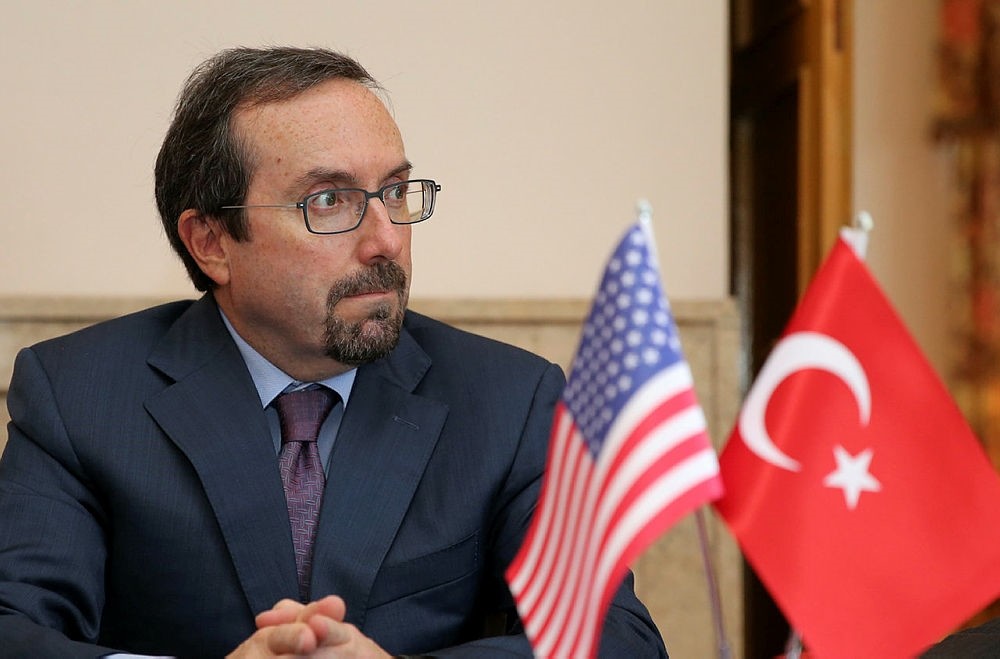 Daily Sabah and its sister newspaper Sabah's columnist Hilal Kaplan said Friday that the U.S. embassy canceled her invitation to a meeting with the U.S. ambassador to Ankara John Bass over Sabah's headline about one of its employees' suspected links to the Gülenist Terror Group (FETÖ).

Kaplan said on her Twitter account that an embassy official informed her about the cancelation, saying the Sabah story about the detention of the suspect was the reason for the decision, not her journalistic work.

"Three days ago, I was invited to the press meeting at the U.S. Embassy. They said it would be a group of seven, and we would be able to ask Ambassador John Bass questions. Yet, this morning, when I was leaving for the meeting, a man called from the U.S. Embassy saying he was a spokesperson and that my invitation had been cancelled because of Sabah's headline," Kaplan told Daily Sabah, adding that the spokesperson also apologized for the way the embassy was behaving.

"In response to him, I said I was aware of the fact that he was not responsible for this situation. Yet, I also said that the U.S. does not have the right to criticize President Recep Tayyip Erdoğan's accreditation system, and he should inform the individuals responsible for my invitation's cancellation about that," Kaplan explained.

Criticizing the embassy for revoking her invitation and "excluding somebody who has not even written the mentioned story," Kaplan said that 'from now on' the U.S. has "no right to blame" President Erdoğan on such matters.

The incident comes one day after the revelation of U.S. aid in the fight against the group whose leader lives in Pennsylvania, and amid Ankara's calls for further cooperation against FETÖ.

Metin Topuz, the embassy official in question, was arrested on Wednesday after his detention last Saturday as part of an Istanbul-based investigation. Media outlets reported that he was detained for espionage and attempting to overthrow the constitutional order, a terrorism charge FETÖ members face, for his contacts with the group's alleged infiltrators in law enforcement.

He also made phone calls to Zekeriya Öz, a fugitive prosecutor who was allegedly behind a string of sham trials by FETÖ to imprison its critics. Öz, who is believed to be in Germany after he fled Turkey, faces life terms. The prosecutor is also one of three men with suspected links to FETÖ who faces allegations that they sought to overthrow the government by conducting an anti-corruption probe based on false evidence to imprison those close to the government.

The anti-graft probe was followed by two operations by Gülenist police officers in December 2013, which found FETÖ's broad clout in the country. The sons of Cabinet ministers and prominent business figures were rounded up in operations that sought to link the ministers to corruption. The government calls the operations a Gülenist coup attempt.