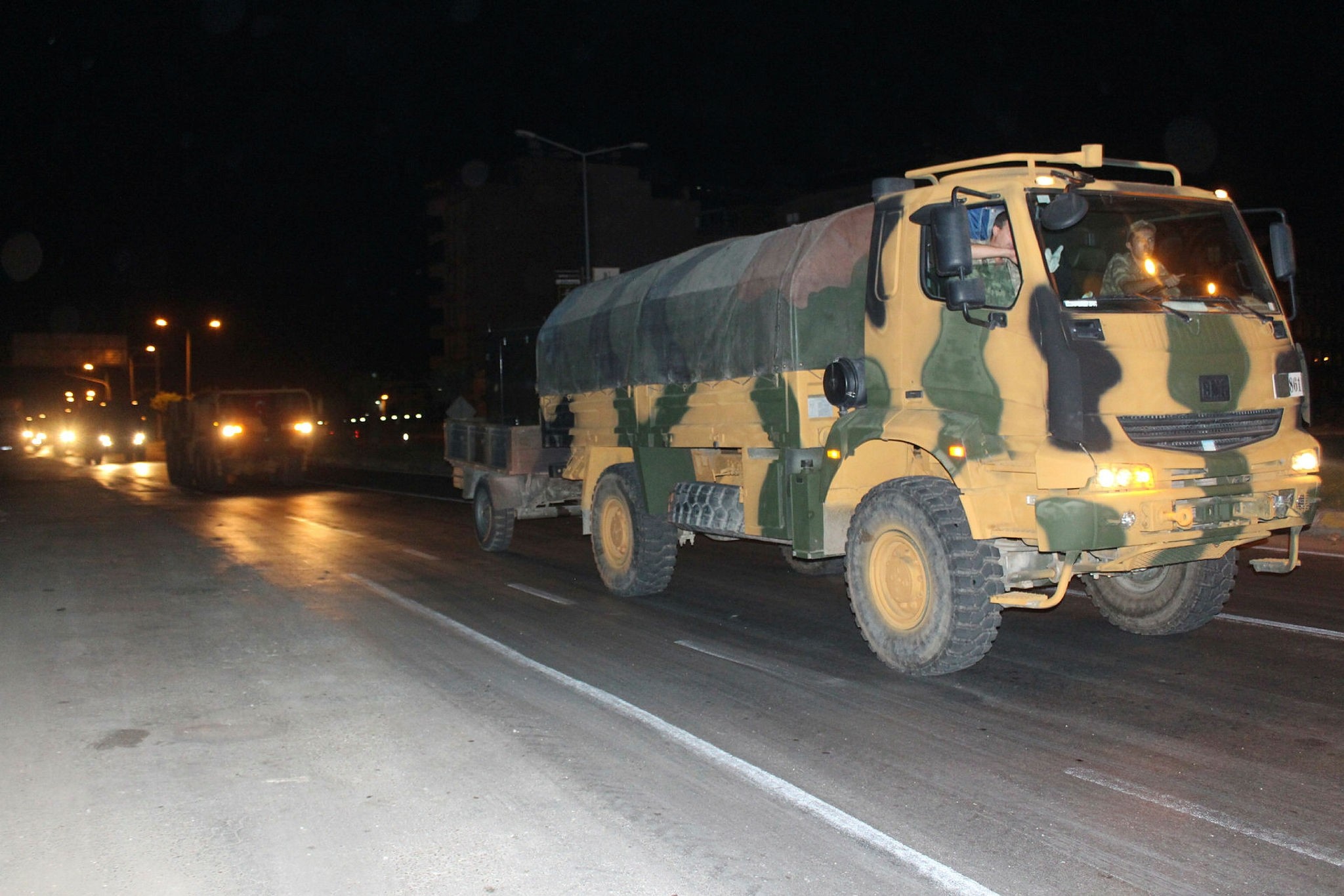 The locals in Idlib expect the Turkish military's involvement will bring peace and security to the city while hoping that the displaced would also return to their hometown as soon as possible. Meanwhile, first military convoy has entered the war-torn city

People in Idlib, Syria, are hopeful that with the involvement of the Turkish Armed Forces (TSK), the city and its people will be able to live in more peaceful conditions. Turkish forces last Sunday entered Idlib in order to assess the situation on the ground and establish a de-escalation zone agreed to by Turkey, Russia, and Iran while preventing a possible "terror corridor." 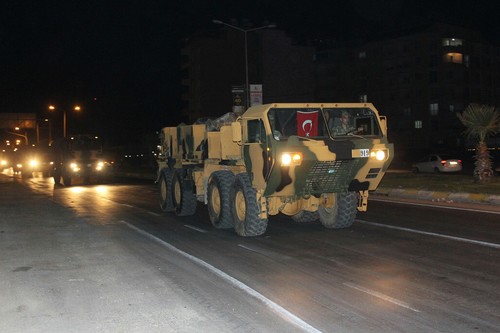 Late Thursday, the first convoy of the military operation crossed into the area, two fighters from the opposition and a witness said.

The convoy included about 30 military vehicles, said Abu Khairo, a commander in the Free Syrian Army (FSA) based in the area, and it entered Syria near the Bab al-Hawa border crossing, according to a civilian witness.

It was heading to Sheikh Barakat, a hilltop that overlooks large areas of rebel-held northwestern Syria, but also the Afrin area held by YPG terrorists. 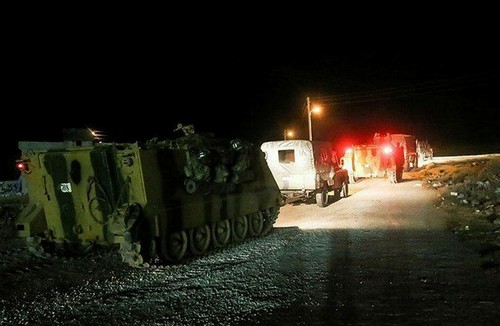 Speaking to Anadolu Agency (AA), a number of citizens from the town of Darat Izza, near Aleppo, expressed hopes for the city's future, saying that the conflicts will finally come to an end because of the TSK presence.

Muhammed Abbas, a manager at a local hospital, said they welcome Turkey's military presence in the city and expect the conflict to die down soon.

In a similar vein, Ağit Reşit, 18, predicted the latest development will bring an end to the city's security problems as well as regime attacks.

"The Turkish army will change the situation in Idlib. Our lives will go back to normal," Cemil Derviş, 48, said.

Muhammed Mustafa, 22, said that they were expecting schools and colleges in the city to re-open soon. He said the local councils will also do their part with the arrival of Turkish forces and that it would also mitigate the refugee issue to a certain level as people begin to return to the city.

Meanwhile, Syrians from Idlib who took shelter in Reyhanlı, Hatay, are also following the Idlib operations closely as they hope to return to their hometown as soon as possible.Telal Fikri, 35, who fled to Reyhanlı from Idlib with his three children, said they escaped the Khan Shaykhun chemical attack carried out by Syrian regime forces.

"We consider Turkey as the same as Syria. We hope that Turkish soldiers will put an end to the miseries in our country. It has been seven years. Our lives have fallen apart," Fikri said. 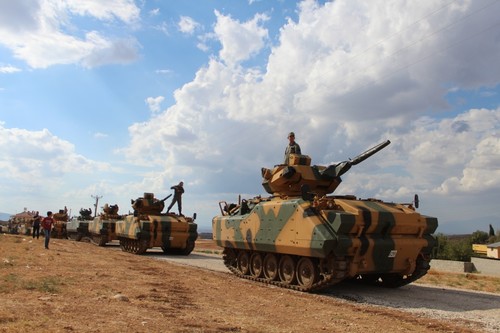 "When peace returns to Syria, everyone will go back to their country," he said.

Explaining that he is excited about the TSK's military operation in Idlib, Ahmed Hammud, 34, said: "We miss our families and our homeland so much. We want to return to our country as soon as possible." Hammud fled Idlib with his two children after the war broke.

Meanwhile, the TSK continues its assessments to establish surveillance posts to monitor the truce in the proposed de-escalation zone in Idlib.

In a written statement on Oct. 9, the TSK confirmed that Turkish forces crossed into the Syrian city on Oct. 8 for reconnaissance as part of a peace effort.

The statement said the goals of the de-escalation zones, which were declared on Dec. 30, 2016, and guaranteed by Turkey, Russia and Iran through the Astana process, aim to increase the effectiveness of the cease-fire agreement, end armed clashes, provide humanitarian aid to those in need, establish proper conditions for displaced people to return and establish conditions for a peaceful resolution of the conflict.

Confirming the development, Prime Minister Binali Yıldırım said Wednesday that Turkey was aware of a plan to establish a "terror corridor" within Syria.

"We are on the ground to take precautions. We are trying to establish a peace corridor," he said.

He recalled the decision made during the Astana talks and explained how Turkish troops have taken the responsibility to ease the crisis in Idlib and put an end to clashes there.

On Tuesday, Turkish media reports suggested that the TSK would determine 14 spots in the area to establish security posts. Experts on the ground are currently analyzing the roads and terrain where armored vehicles and tanks are expected to roll in over the upcoming weeks.

The reports also claimed that the TSK was working with local elements to gather intelligence while the duration of reconnaissance activities depended on the outcome of that communication and intelligence sharing.

With this operation, the TSK has crossed into Syria for the second time in over a year. The first, Operation Euphrates Shield, was launched on Aug. 24, 2016, in collaboration with the Free Syrian Army (FSA).

It helped liberate several Daesh strongholds, including Jarablus, Dabiq, al-Rai, and al-Bab. The operation dealt a heavy blow to Daesh and freed more than 2,000 square kilometers in northern Syria. More than 100,000 Syrian refugees have since returned to their hometowns in the liberated areas.