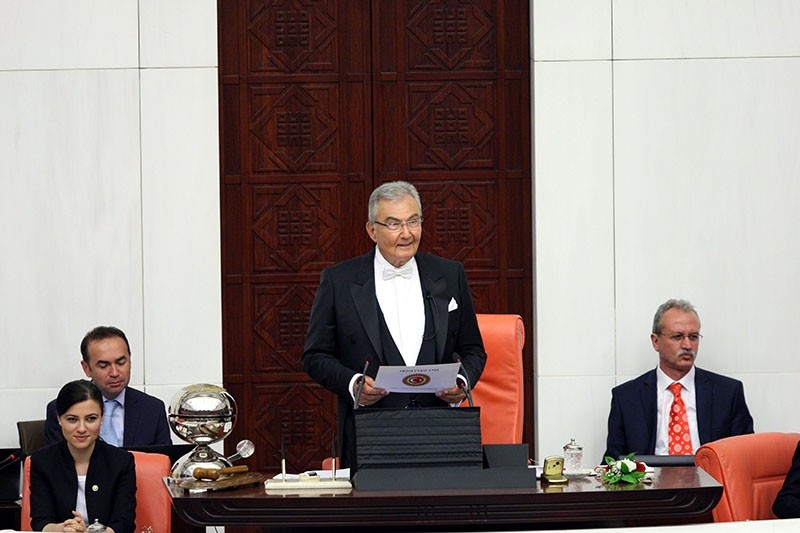 79-year-old Baykal was taken to a private hospital after feeling unwell during the night and was referred to İbn-i Sina Hospital in Ankara after initial treatment.

Vice Rector of Ankara University Professor Bahaddin Güzel stated that Baykal was hospitalized after complaints about weakness on the left side of his body.

Doctors from brain surgery, neurology, radiology and anesthesia departments investigated the reason of the complaint, observing that one of the major veins of the brain was blocked, causing weakness in the patient's arms and legs.

Baykal continues to receive treatment in the intensive care unit.

"Brain functions are all in place. There is only a slight weakness in the left extremities, the arms and the legs," Dr. Güzel said. "The blockage was opened, so we expect it to improve. But we will only be able to give more information about possible paralysis after seeing the results of the treatment."

Parliament Speaker İsmail Kahraman also wished a speedy recovery to Baykal, who briefly served as the parliament speaker after June and November 2015 elections as the oldest member of the parliament until speaker elections.

CHP Chairman Kemal Kılıçdaroğlu and Foreign Minister Mevlüt Çavuşoğlu visited the veteran politician at the hospital to receive information about his health.