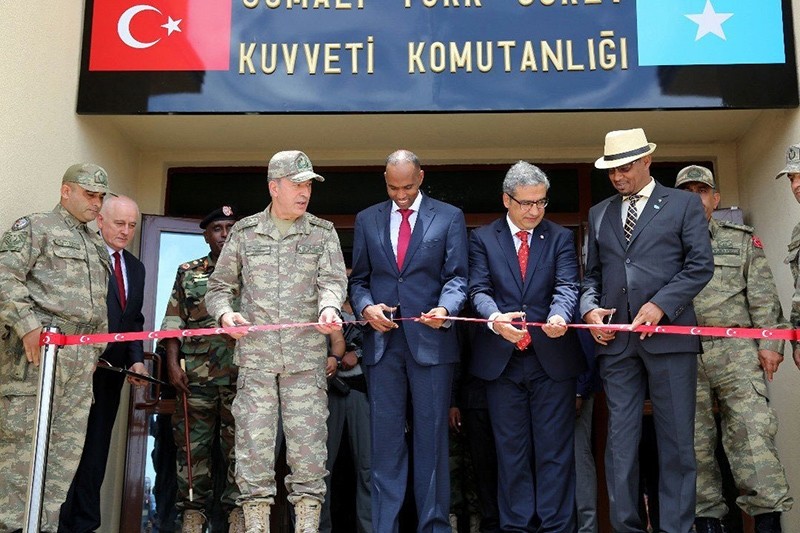 The initial target of the deadliest single attack in Somalia's history was a newly-opened Turkish military base, a senior Somali intelligence official said Wednesday.

The official told Voice of America that reports prior to Saturday's attack and intelligence gathered afterward indicated the truck bomb targeted the Turkish military training base in Mogadishu.

"This base is the most strategic target for them. It's going to produce an organized army and they have to preemptively destroy that," the official was quoted as saying by VOA Somali.

The source added that before the attack, National Intelligence and Security Agency received information that al-Shabab terrorist group was plotting to strike the Turkish base.

Turkey opened its biggest overseas military training base in the Somali capital of Mogadishu on Sept. 30, cementing its ties with the volatile but strategic Muslim nation and establishing a presence in east Africa.

More than 10,000 Somali soldiers are trained by about 200 Turkish officers at the $50-million base, which includes army dormitories, training grounds and prisons.

A massive truck bomb in Mogadishu killed more than 300 people and left 300 injured in the deadliest ever attack to hit the conflict-torn nation.

"Turkey will continue to stand in solidarity with the government and people of Somalia against terrorism," President Recep Tayyip Erdoğan said in the aftermath of the bombing, adding that he had given instructions to provide air ambulance and medical supplies and to bring wounded Somalis to Turkey to receive medical treatment.