Crisis in northern Iraq will continue to be a national security issue for Turkey: PM Yıldırım 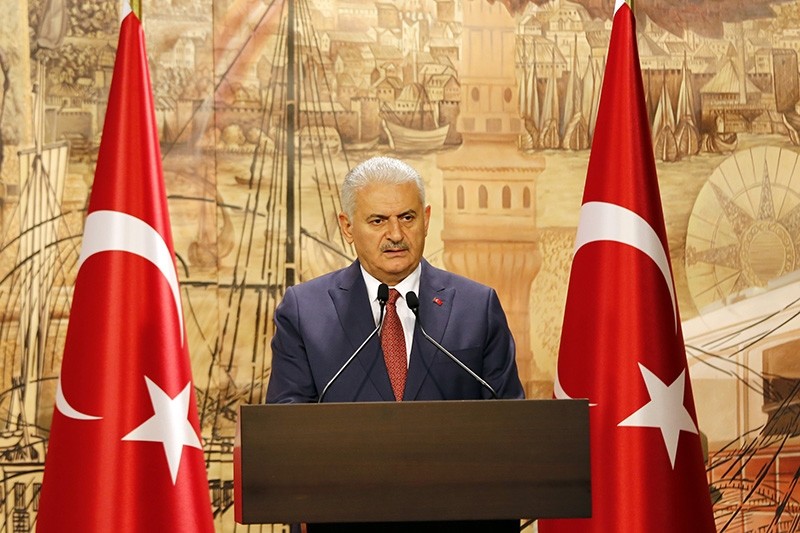 Prime Minister Binali Yıldırım said Saturday that the ongoing crisis in northern Iraq will continue to be a national security issue for Turkey, adding that Turkey won't accept any status changes in the region.

Speaking at an opening ceremony of a university in eastern Elazığ province, the prime minister said that foreign forces were trying to disrupt unity and brotherhood in the region, aiming to establish an unnatural state in both Iraq and Syria along the southern borders of Turkey.

Yıldırım underlined that Turkey's intentions were to preserve territorial integrity in the region, by promoting peace and unity.

On Sept. 25, Iraqis in KRG-controled areas and in several disputed parts of the country voted on whether or not to declare independence from the Iraqi state.

According to poll results announced by the KRG, almost 93 percent of those who cast ballots voted in favor of independence.

The illegitimate referendum has faced sharp opposition from most regional and international actors, including the U.S., Turkey, and Iran, who had warned that the poll would distract Iraq's fight against terrorism and further destabilize the region.

In response to last month's referendum, the Iraqi armed forces were deployed to Kirkuk this week and to other disputed areas following a withdrawal of Peshmerga forces.