Turkey to use 'soft power' to tackle rising Islamophobia 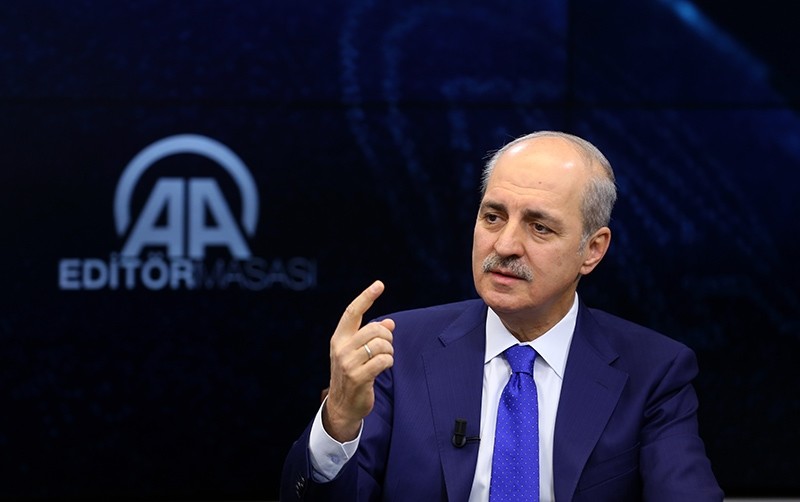 Turkey will use its "soft power" against the rise of Islamophobia and anti-Turkish sentiments around the world, Culture and Tourism Minister Numan Kurtulmuş said Thursday.

In remarks made at Anadolu Agency's Editors' Desk in capital Ankara, Kurtulmuş said: "There is an intensive Islamophobia and anti-Turkey sentiment in the world. Misperceptions like 'Don't go to Turkey, Turkey is a dangerous country' are being created to directly affect Turkey's tourism.

"Turkey will use its culture and tourism against Islamophobia and anti-Turkey sentiments as two important instruments of its soft power."

The minister also said it would be difficult to prevent terrorism "unless the understanding that promotes terrorism is stopped".

He urged for "a sincere international dialogue" to address the issue and called for an end to "proxy wars" in the region.

"No terrorist benefits any country."

About the recent visa row between the U.S. and Turkey, Kurtulmuş hoped the issue would be resolved during Prime Minister Binali Yıldırım's upcoming visit to Washington.

"I hope some steps would be taken on the U.S. row during this visit," he said, adding that Yıldırım's official visit "may help to solve the issue".

On Wednesday, presidential spokesman Ibrahim Kalın confirmed Yıldırım's plan to visit the U.S. that would come amid a row which was sparked on Oct. 8, when the American embassy in Ankara announced the suspension of non-immigrant visa services to Turkish nationals.

This followed the arrest of a local employee at the U.S. consulate in Istanbul, prompting a tit-for-tat response from Ankara.

Describing the U.S. visa row as a "temporary" issue, Kurtulmus said the fact that Fetullah Terrorist Group (FETÖ) leader Fetullah Gülen still lives in the U.S. is a "permanent" and "vital" problem for Turkey.

FETÖ and its U.S.-based leader Gülen orchestrated the defeated coup of July 2016, which left 250 people martyred and nearly 2,200 injured.