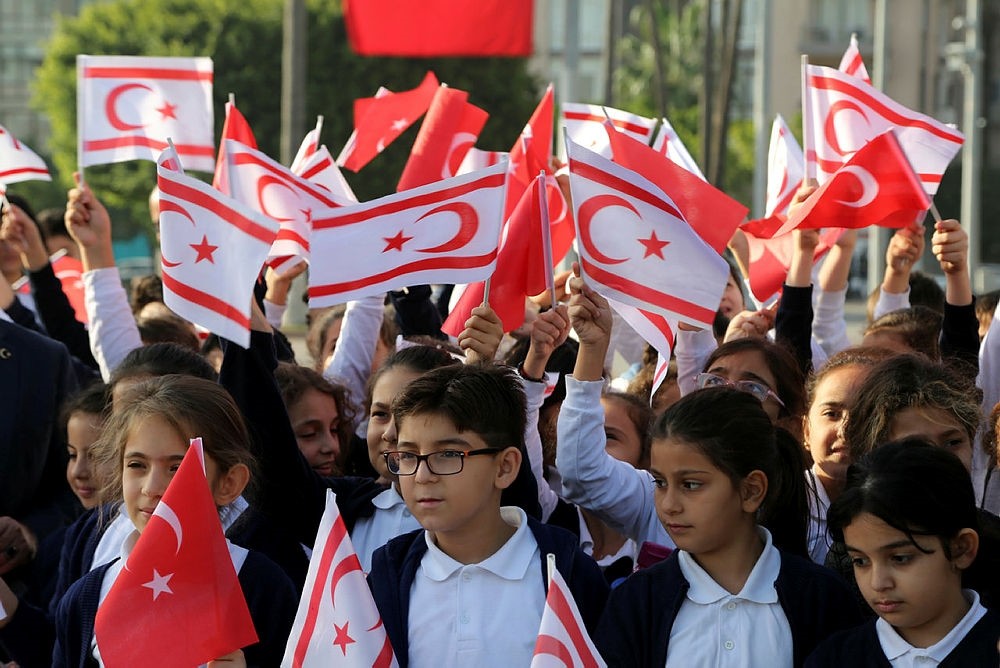 The 34th anniversary of the Turkish Republic of Northern Cyprus (TRNC) is being celebrated on Wednesday.

A ceremony was organized in front of Atatürk monument in the capital Nicosia, where a minute of silence was observed, which was followed by Turkish national anthem.

Akıncı wrote in the notebook of monument: "Dear Atatürk, Turkish Republic of Northern Cyprus is 34 years-old today. Turkish Cypriots, who willingly adopted your principles and ideas, continue their struggle to build a safe future on this land taking root."

Reminding a co-existence in the island, Akıncı reiterated a common solution for the Cyprus issue.

"It should be known that Turkish Cypriots and Greek Cypriots will live together in Cyprus. A solution without the permission of the Turkish people is not acceptable," Akıncı told the attendees.

"It is out of question for Turkish Republic of Northern Cyprus to allow a pursuit [for solution] to continue fruitlessly for another 50 years," he added.

Attending the same ceremony, Akdağ emphasized that Turkey would continue to defend legitimate rights and interests of Turkish Cypriots in the east Mediterranean.

"Nobody should fall into wrong ideas, or dreams. There are two communities in the island and any step to be taken should be in accordance with this [fact]," Akdağ said, adding: "We won't allow Greeks to lay a unilateral claim on the island".

As part of the anniversary, ceremonies are being held across the capital.

The Turkish Republic of Northern Cyprus was declared on Nov. 15, 1983. It is currently recognized only by Turkey as an independent state.