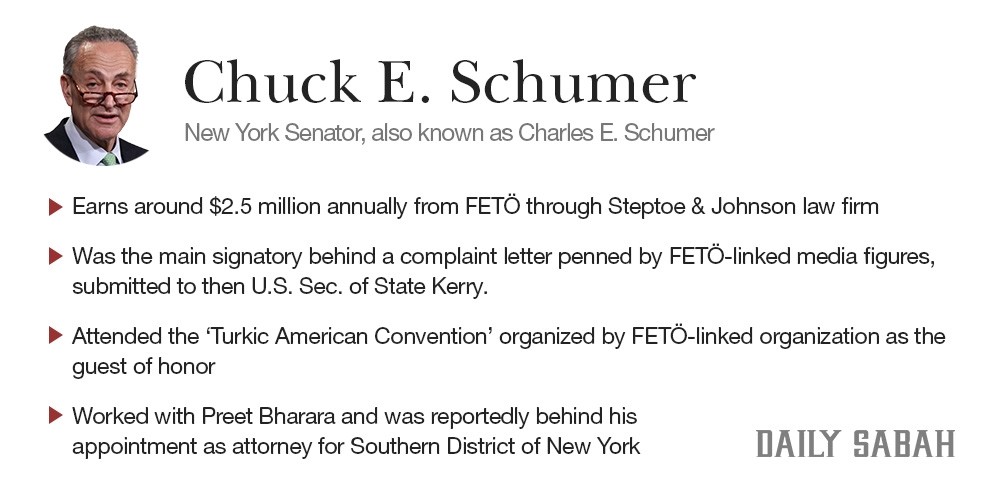 The actors behind the case of Iranian Turkish gold trader Reza Zarrab, who was arrested in Miami in March 2016 upon his entry to the U.S. for allegedly evading a U.S.-imposed sanction on Iran with multiple money transfers came to the spotlight once again in Turkish media outlets, after U.S. officials failed to inform Turkey about the medical state of Zarrab until receiving two diplomatic notes. According to reports, there is concrete evidence proving links between the Gülenist Terror Group (FETÖ) and the judge and prosecutor behind Zarrab's case.

Richard Berman, the judge who is overseeing Zarrab's case has direct links to FETÖ and has supported the terrorist group's rhetoric against Turkey. 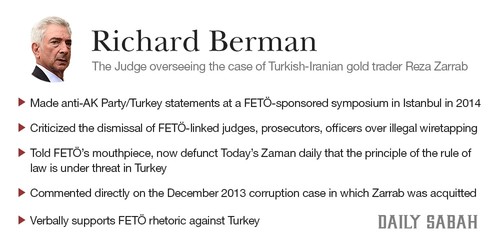 He came to Turkey after the failure of FETÖ-led Dec. 17-25 2013 operations, the so-called "corruption inquiry" which was a plot perpetrated by FETÖ to topple the government and came to Istanbul shortly after the incident for a symposium on "justice and rule of law," organized by the FETÖ-linked Yüksel Karkın Küçük Attorney Partnership. In the symposium, the Berman targeted the Justice and Development Party (AK Party) government and claimed that Turkey is governed by "one man rule" and suggested that the current government must be changed, ideas consistently propagated by FETÖ supporters.

The judge had also criticized the dismissal of FETÖ-linked judges, prosecutors and police officers over unlawful wiretapping charges.

While in Istanbul, he spoke with FETÖ's mouthpiece, now defunct Today's Zaman daily and claimed that the principle of the rule of law is under threat in Turkey. His comments were directly related to the December 2013 corruption case in which Zarrab was acquitted.

Preet Bharara, the prosecutor behind the controversial case was also criticized for his links to FETÖ. He is accused of using the same summary of proceedings used by FETÖ-linked police during the Dec. 17 operation and had retweeted and supported FETÖ trolls on his official Twitter account.
​
Bharara also worked with Democratic heavyweight New York Senator Chuck Schumer as his chief council until 2009 and was subsequently nominated as United States attorney for the Southern District of New York by his former boss.

Schumer is also known for his proximity to FETÖ in the U.S. and allegedly received thousands of dollars from Gülenist donors and has been an outspoken critic of President Recep Tayyip Erdoğan in speeches he has given at FETÖ-run entities like the Washington-based Turkic American Alliance. 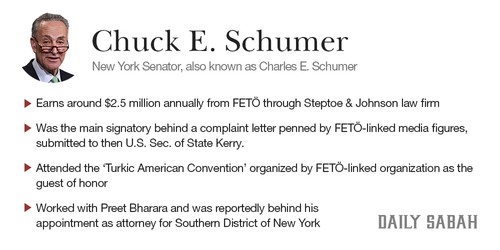 The case targeting Turkish-Iranian gold trader Reza Zarrab over sanction evasion, which has fueled tensions between the U.S. and Turkey was broadened after the arrest of Halkbank deputy general manager, Mehmet Hakan Atilla.

Ties between Turkey and the U.S. were strained as a result of the lack of timely support shown by the Obama administration in the aftermath of the failed July 15 coup attempt in 2016, organized by the Gülenist Terror Group (FETÖ) led by Fetullah Gülen, who has lived in the U.S. since 1999. Ankara has also criticized Washington for the slow progress on Turkey's aim to extradite Pennsylvania-based Gülen, saying the U.S. is handling the situation based on political motives.