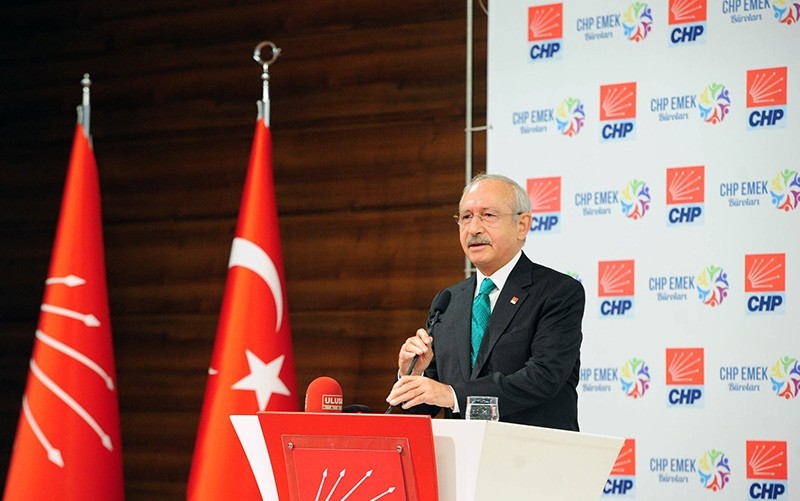 Turkey withdrew 40 troops from the Trident Javelin exercise after a civilian Norwegian official depicted President Recep Tayyip Erdoğan as an "enemy collaborator" during a bloc exercise in Norway.

On Friday, Erdoğan told ruling Justice and Development (AK) Party members in capital Ankara that a portrait of Turkey's founder Mustafa Kemal Atatürk was also shown in the "hostile leader list" during the computer-assisted exercise.

Speaking at an event in Ankara on Saturday, Republican People's Party (CHP) chairman Kılıçdaroğlu said they cannot accept the "insult" towards the country's history and today's Turkey, adding that he expected a satisfactory statement from the NATO officials regarding the incident.

"It is not a topic that can be avoided with an ordinary 'we apologize'," Kılıçdaroğlu said.

"Nobody can insult Turkey's (current) executives and history. We strongly condemn this."

Stoltenberg came together with Chief of Staff Hulusi Akar in a meeting held in Canada's Halifax.

Meanwhile, the Ministry of Foreign Affairs announced late Friday that criminal procedures against the perpetrators would be closely followed by Turkey, as the Ankara Public Prosecutor's Office launched a separate investigation.