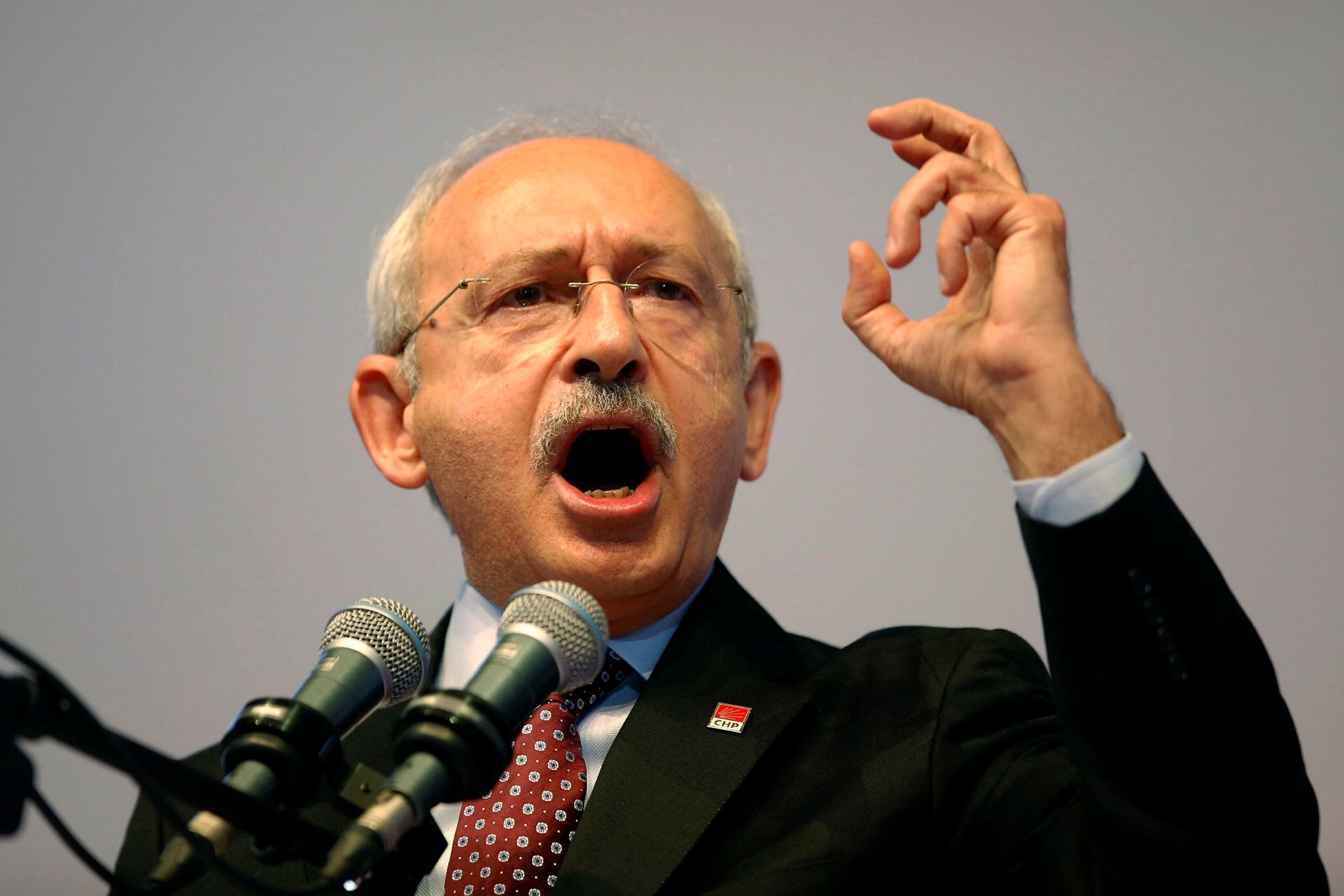 Main opposition Republican People's Party (CHP) chairman Kemal Kılıçdaroğlu has drawn ire for the remarks he made on Tuesday, in which he threatened Turkuvaz Media Group.

"I know what I will wrap [around] your necks," Kılıçdaroğlu said, implicitly threatening the group employees with execution while criticizing the reports by ATV and A Haber, two constituents of the media group, on Reza Zarrab, a Turkish-Iranian gold trader being tried in the United States.

Zarrab last month accepted all U.S. charges against him, including the violation of now-lifted U.S. sanctions against Iran, money laundering and other charges and agreed to cooperate with the prosecution as a witness against Mehmet Hakan Atilla, the former deputy CEO of Turkey's state-run lender Halkbank.

"You are traitors, you are all traitors," he exclaimed.

The CHP's former Secretary General and current deputy Gürsel Tekin also made similar remarks two years ago, when he threatened to seize newspapers critical of the CHP right after a victory in the June 7 elections during a press conference in Izmir.

Tekin claimed there was a campaign against the CHP, and threatened media outlets saying, "On June 8 and 9, our first job is to seize these filthy newspapers. We will not only seize them, we will ask for the accounts of all the businessmen who are involved with them."

Tekin's remarks were met with heavy criticism at the time, especially from media associations.