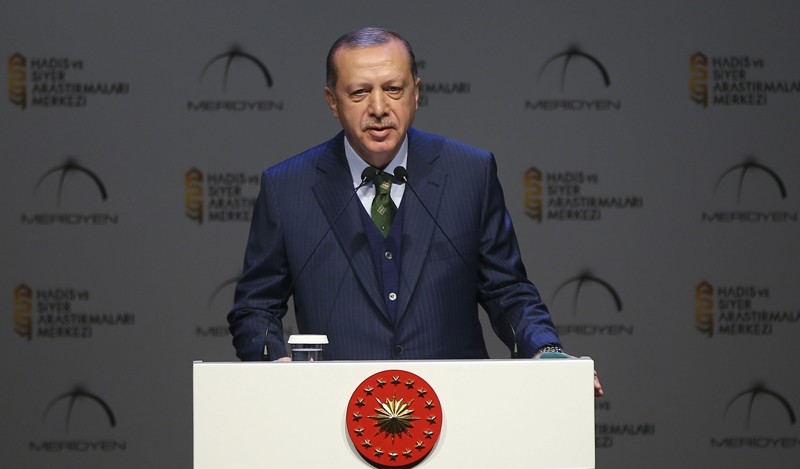 The Muslim world is the target of numerous plots to reshape it to the benefit of others, President Recep Tayyip Erdoğan warned Saturday.

Speaking at the 7th Hadith and Sira Studies Awards Ceremony in Istanbul, Erdoğan said "Just like a century ago, the Islamic world is facing efforts to reshape it through blood, tears, and strife between brothers."

He called on people "to be prepared for attacks which will try to bring down Muslims from within."

"When Muslims are at odds, the only ones that benefit from this are terrorist groups, imperialists, arms dealers and terror states like Israel," he said.

He also said that all the incidents happening in Syria, Myanmar and Jerusalem were not coincidental but intentional, and they were aimed at draining Muslims' sources and energy by making them fight among themselves.

Following Trump's announcement, the Organization of Islamic Cooperation (OIC) issued a declaration recognizing East Jerusalem as the capital of the Palestinian state.

Erdoğan said the OIC move would create a multiplier effect, encouraging other nations to follow in its lead.