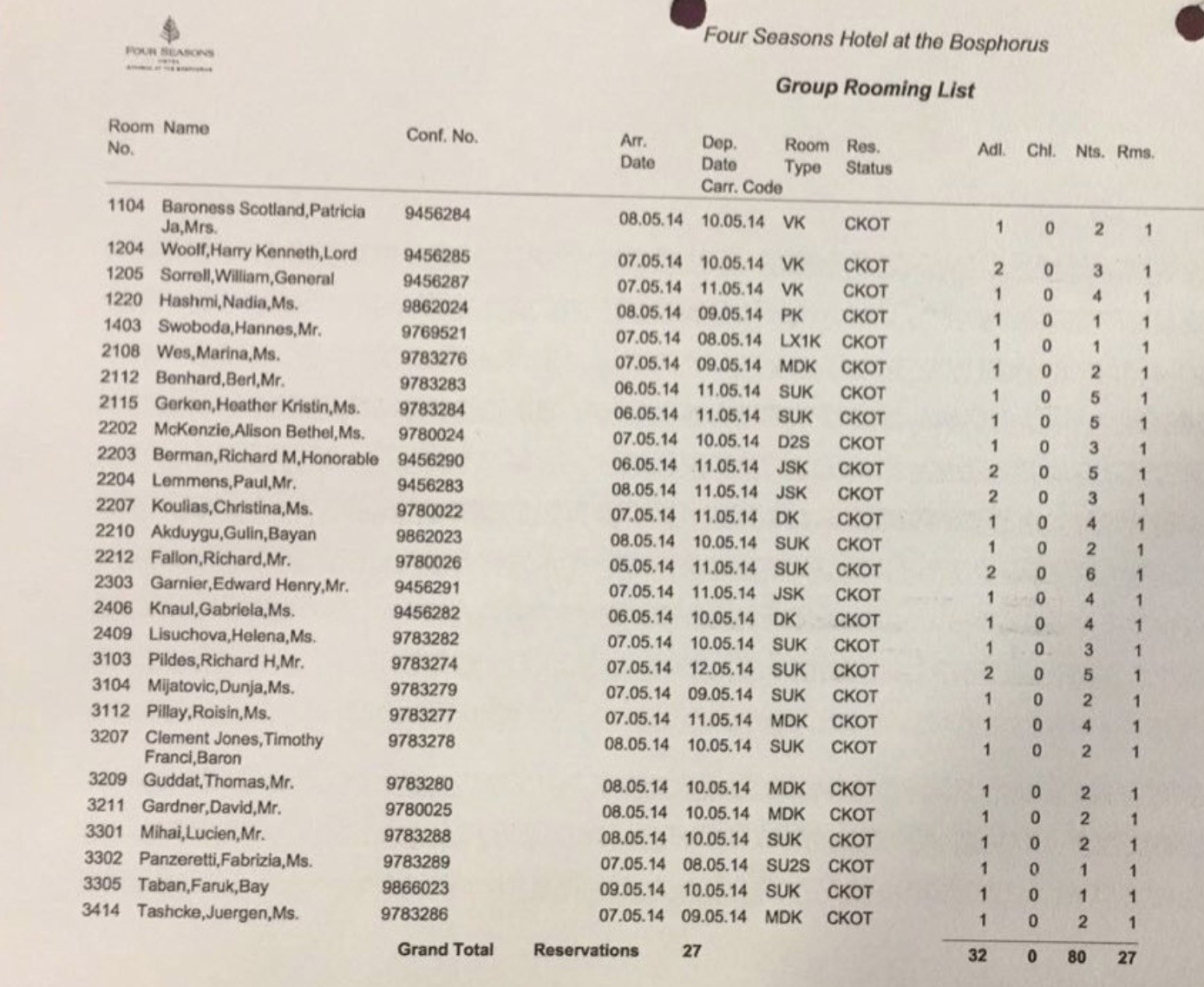 New evidence has revealed proof that Richard Berman, the judge in the Reza Zarrab trial, was hosted by the Gülenist Terror Group (FETÖ) in Istanbul. Documents confirmed that Berman's trip to Turkey was paid for by FETÖ, including all of his transportation and hotel fees, after the failure of the FETÖ-led Dec. 17-25, 2013 operations, the so-called "corruption inquiry" that was a plot perpetrated to topple the government.

The newly-surfaced hotel bills, after an inquiry by the Istanbul Public Prosecutor's Office, showed that Berman stayed one night at the Four Seasons Hotel in Istanbul in room number 2203 on May 6, 2014 where a symposium on "justice and the rule of law" was organized by the FETÖ-linked Yüksel Karkın Küçük (YKK) Attorney Partnership.

At the symposium, Berman targeted the Justice and Development Party (AK Party) government and claimed that Turkey is governed by a "one-man rule," and suggested that the current government must be changed -- ideas consistently propagated by FETÖ supporters. The judge had also criticized the dismissal of FETÖ-linked judges, prosecutors and police officers over the unlawful wiretapping charges. 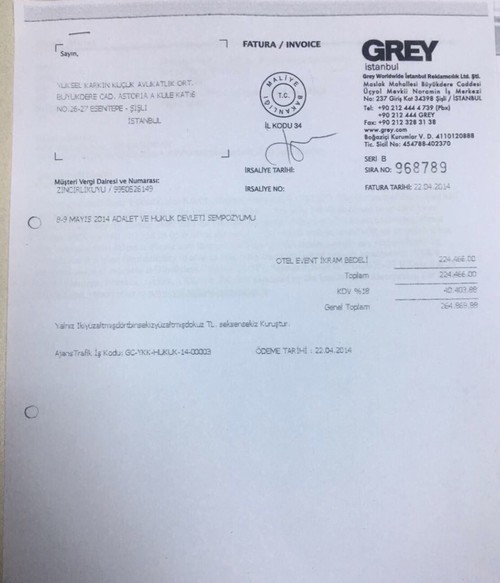 Berman did not deny that he came to Turkey for the FETÖ organization but claimed the visit would not overshadow his neutrality in the case.

The Turkish government has long been criticizing the trial because of Judge Berman's proved links with FETÖ as well as weak and illegally-obtained evidence, which were propelled by the prosecution regarding the alleged violation of the Iran sanctions.

Meanwhile, the jury at the New York court was unable to reach a verdict on the first day of deliberations in the trial of Mehmet Hakan Atilla, the former deputy CEO of Turkey's state-run lender Halkbank, who is facing charges of violating the U.S. sanctions on Iran.

The deliberations began early Wednesday afternoon in a Manhattan federal court after Judge Berman read instructions on the law to the jurors.

According to U.S. law, all 12 members of the jury must unanimously decide whether Atilla is guilty or innocent.

If Atilla is found guilty, Judge Berman will decide on his punishment in a sentencing hearing at a later date. The same goes for Turkish-Iranian gold trader Reza Zarrab, who was a state witness in Atilla's case after accepting all the charges against him.

Zarrab was arrested by U.S. authorities in March 2016 on suspicion of taking part in the alleged sanctions-busting scam. He accepted last month all the U.S. charges against him, including the violation of the now-lifted U.S. sanctions against Iran, money laundering and other charges, and agreed to cooperate as a witness against Atilla.