HDP deputy sentenced to a year and nine months in prison 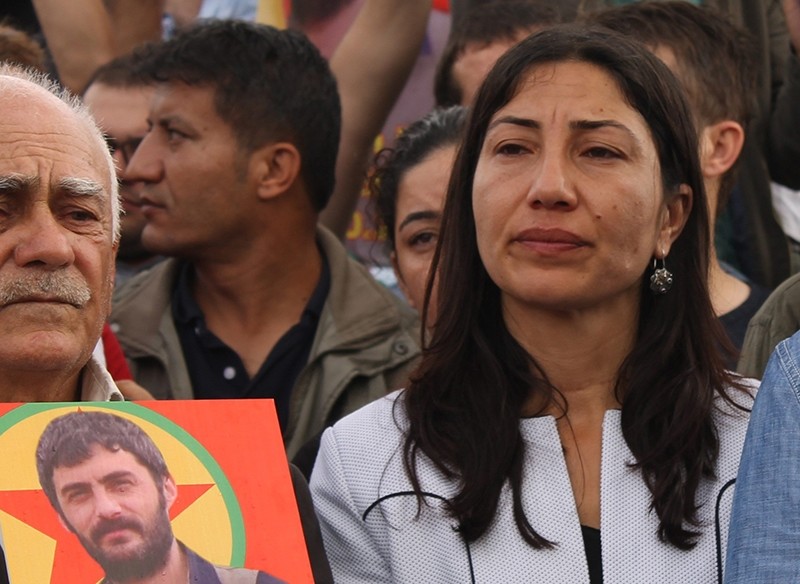 A court in Turkey's southeastern Şırnak province sentenced a lawmaker from pro-PKK Peoples' Democratic Party (HDP) to a year and nine months in prison after convicting her for "insulting the president," according to a judicial source.

HDP Şırnak Deputy Leyla Birlik had been remanded in custody on Nov. 4, 2016, but was released later after four months, the source, who spoke on condition of anonymity due to restrictions on talking to the media, said.

Birlik was previously also accused of being a member of a terrorist group and has attended funerals of PKK terrorists, including her brother-in-law, who attacked security forces in Şırnak province.

Turkish lawmakers have long enjoyed legal immunity, but that was reconsidered after five HDP deputies made an alleged "declaration of autonomy" during a meeting of a terrorist group affiliated with the party in southeastern Turkey.

After the parliament lifted the HDP deputies' legal immunity in May 2016, the Diyarbakır chief public prosecutor launched an investigation against them.

In November 2016, 13 HDP lawmakers were arrested, and 10 of them, including HDP co-chairs Selahattin Demirtaş and Figen Yüksekdağ; they remain in custody awaiting trial on terrorism-related charges.

The lawmakers face prosecution under anti-terrorism legislation after their parliamentary immunity was lifted.

The HDP has been accused of having links to the PKK, which is listed as a terrorist organization by Turkey, the U.S., and the EU.