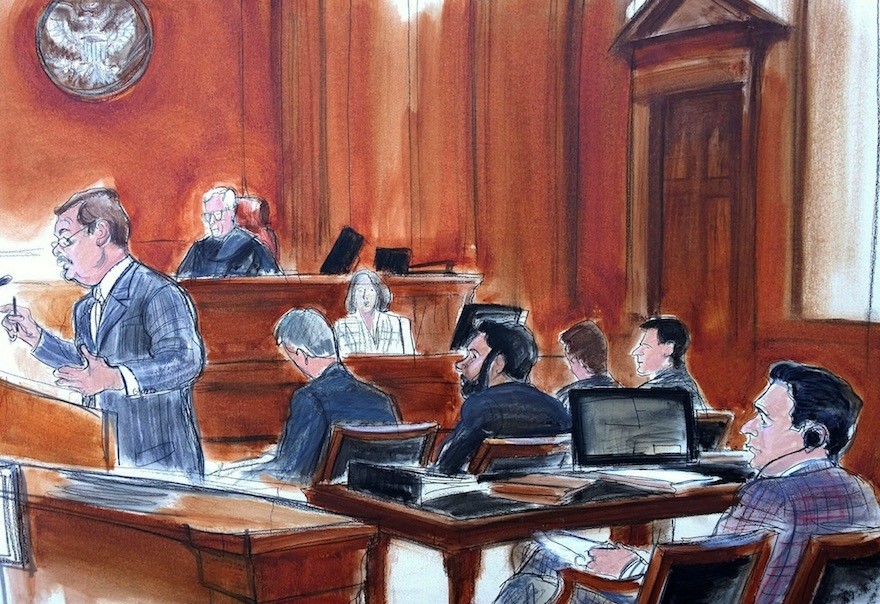 In this Nov. 28, 2017 courtroom sketch, defense attorney Victor Rocco, left, gives his opening statement to the jury, as his client, Mehmet Hakan Atilla, right rear, listens from the defense table in New York. (Elizabeth Williams via AP)
by Daily Sabah Jan 03, 2018 12:00 am

Mehmet Hakan Atilla is being tried in the United States in a trial on breach of now-lifted U.S. sanctions against Iran.

Turkish - Iranian businessman Reza Zarrab has accepted all the charges against him and agreed to cooperate with U.S. prosecutors as a witness against Atilla.

Zarrab was detained last year in Miami on charges of violating sanctions against Iran, while Atilla was arrested in the U.S. earlier this year on similar sanctions violations charges.

Defense attorneys made a second mistrial request earlier on the same day, saying that prosecutors questioned Atilla based on a report prepared by a fugitive member of the Gülenist Terror Group (FETÖ), Osman Zeki Canıtez, in an attempt to strengthen the government's case.

The request was again declined by judge Richard Berman, whose links to FETÖ has long overshadowed the trial.