Turkey ready for cooperation to clamp down on foreign fighters 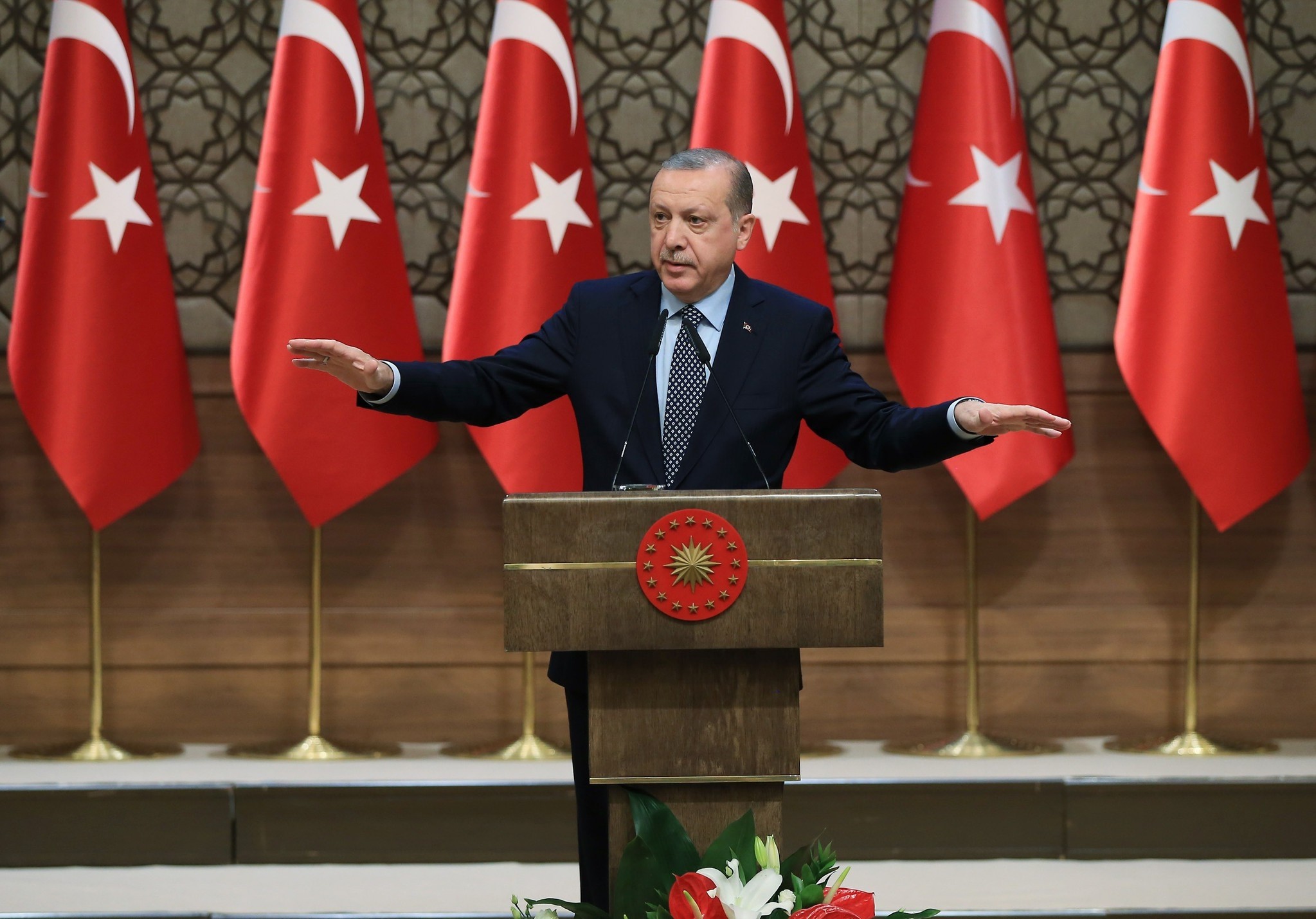 President Recep Tayyip Erdoğan said Thursday that Turkey is ready to cooperate with countries to crack down on foreign fighters who have used the country as a route to Syria.

Erdoğan said in the interview, broadcast Thursday by the French televisions stations LCI and TF1, "We have captured and deported a large number of foreign fighters to their original countries. Our determination on the matter will continue."

"None of the foreign fighters were forgiven and they were all sent back after we contacted the intelligence agencies of their home countries."

Ankara has deported more than 5,000 Daesh suspects and 3,290 foreign terrorists from 95 countries in recent years and has dismantled several terrorist cells that provided logistical assistance in Syria and Iraq and for plotting attacks inside the country.

The country's efforts against Daesh made it a primary target for the terrorist group, which has carried out numerous gun and bomb attacks targeting security forces and civilians. This includes the country's deadliest terrorist attack, which killed 102 people and wounded 400 others in a twin suicide bombing at a peace rally in Ankara on Oct. 10, 2015.

Hundreds of Daesh terrorists are headed toward Europe after secretly escaping war-torn Syria thanks to a deal that was struck between the terrorist group and the U.S.-backed Syrian Democratic Forces (SDF), which is mostly made up of fighters from the People's Protection Units (YPG), the PKK Syrian affiliate Democratic Union Party's (PYD) militia.

Security experts have expressed concern that the deal could add to Europe's security woes as Daesh militants could enter mainland Europe via smuggling routes.

Iran situation to stabilize by weekend

Erdoğan has said Iranian President Hassan Rouhani assured him that the situation in Iran, where protests have left 21 people dead, will stabilize in a day or two.

Erdoğan also said in the interview that foreigners were acting as provocateurs in Iran, echoing comments by Iranian leaders after a week of unrest in towns across the country.

"I talked with Mr Rouhani on the phone and ... the situation will stabilize within a day or two, there's no need to be worried, that's what they told me," Erdoğan said in comments dubbed into French, later adding that Rouhani had told him the situation "would be back to normal by the weekend."

The protests erupted a week ago in Iran's second city, Mashhad. While many protesters have been complaining about high youth unemployment, costly living standards and alleged corruption, some have also demanded a change of government or an end to clerical rule.

Erdoğan is due to meet with French President Emmanuel Macron in Paris on Friday, and said his relationship with his new French counterpart had gotten off to a good start.

"I will make my first visit to Europe [since the beginning of the year 2018] to [meet] my friend Emmanuel Macron," said Erdoğan.

The two leaders have already met at international summits, but Friday marks Erdoğan's first official visit to Paris since the election of the French president.

The Turkish president also noted that he had "excellent" contacts with former French presidents, including Jacques Chirac and Nicolas Sarkozy, during his 15 years in power.

"The steps we took until now with Mr. Macron are all in the right direction, and I have a lot of hopes in Mr. Macron, especially as we have trilateral cooperation among Turkey, France and Italy in the field of the defense industry," he added.