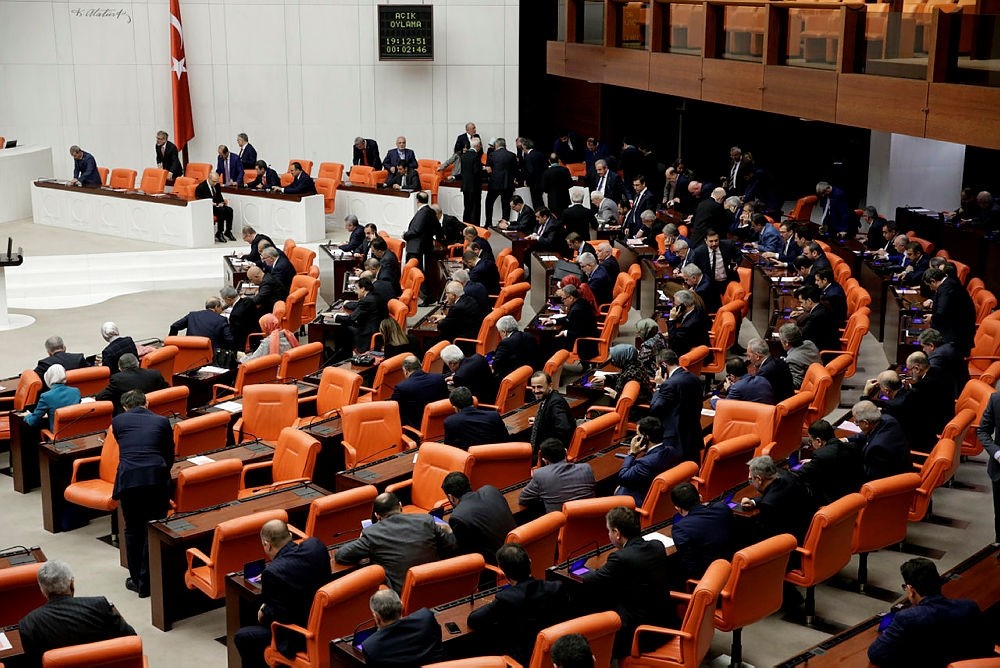 Leyla Zana lost her seat due to failing to properly take her oath of office, as well as rampant absenteeism after missing 212 consecutive legislative sessions from Oct. 1, 2016, to April 30, 2017.

Parliament's General Assembly voted for the expulsion based on earlier recommendations from a special joint commission.

Deputies of the ruling Justice and Development (AK) Party and Nationalist Movement Party (MHP) voted for the expulsion.

A few members of the main opposition Republican People's Party (CHP) took part in the vote, while fellow HDP deputies voted against the expulsion.

HDP deputies protested the decision by hitting their desks.

After the November 2015 election, Zana, a deputy from the eastern province of Ağrı, prefaced her oath of office with the words "in hope of an honorable and permanent peace" in Kurdish, before referring to "Turkey's nation" instead of the "Turkish nation."

After failing to take the oath properly, Zana left the assembly chamber, refusing the speaker's order to retake the oath according to the official text.

Deniz Baykal, an Antalya deputy who was then serving as interim speaker, said that deputies cannot change the text of their oath according to personal whim.

More than once Zana has been called to retake her oath but she has refused.

Zana has a history of illicitly altering her oath.

At her 1991 swearing-in, nearly a quarter-century before the 2015 incident, she added the words, "I take this oath in the name of fellowship between the Turkish and Kurdish peoples."