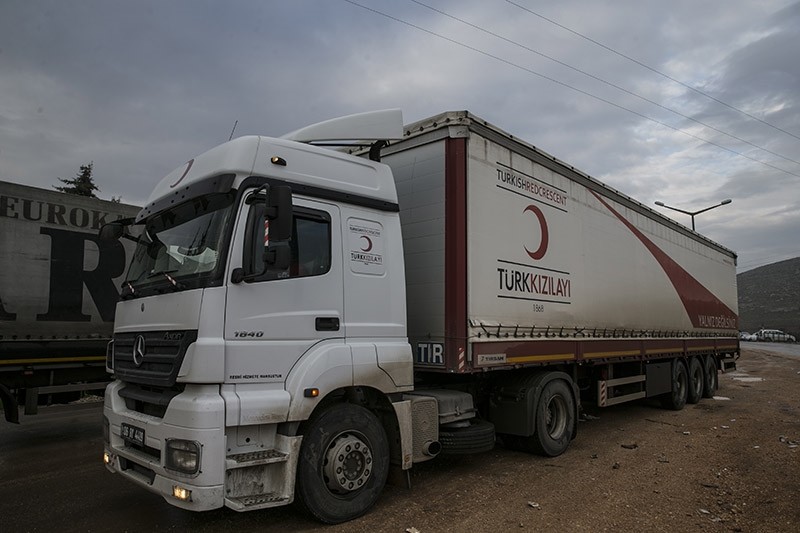 The trucks, sent by a number of Turkish bodies such as the Turkish Red Crescent and the state Disaster and Emergency Management Agency (AFAD), crossed Turkey's Cilvegözü Border Gate in Hatay, the Red Crescent told Anadolu Agency.

The latest delivery includes such supplies as tents, blankets, clothes, and food aid.

Hundreds of thousands of civilians have been killed in the conflict, mainly by regime airstrikes targeting opposition-held areas, while millions more were displaced. During the conflict, the Assad regime has been accused many times by international actors of targeting Syrian civilians with chemical weapons.

Turkey currently hosts over 3 million Syrian refugees, more than any other country in the world.