Pentagon backtracks, says YPG army not to be formed in Syria 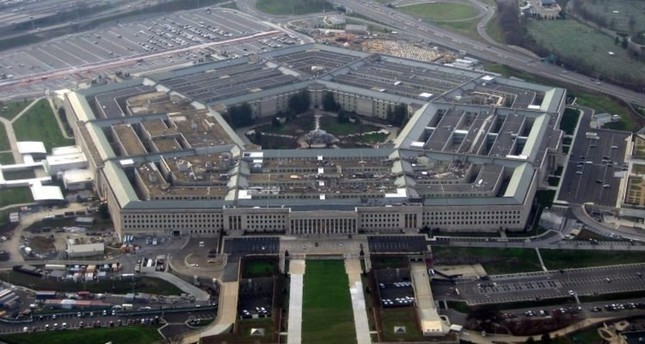 An army of People's Protection Units (YPG) militants will not be formed and the U.S. will continue training local forces to prevent Daesh's reformation, the Pentagon said late Wednesday amid Turkey's preparations to launch an operation against the YPG, the Syrian offspring of the PKK terror group, in Syria's Afrin.

The Pentagon spokesman also said there will not be a new army or a "conventional border guard force."

Denying the previous statement of the anti-Daesh coalition, the Pentagon claimed that a border security force was never planned.

Eric Pahon, spokesman of the U.S. Department of Defense told Daily Sabah's Washington correspondent Ragıp Soylu that the U.S. will not establish a new "army" or a conventional "border guard" force.

"The U.S. continues to train local security forces in Syria. The training is designed to enhance security for displaced persons returning to their devastated communities," Pahon told Soylu in a written statement.

On Sunday the U.S.-led coalition in Syria controversially announced it was working with the Syrian Democratic Forces (SDF) -- a group dominated by the terrorist PYD/YPG-- to set up and train a Syrian border protection force.

Turkey has long protested U.S. support for the PYD/YPG, the Syrian offshoot of the PKK terrorist group, and its military wing the YPG, while Washington has called it a "reliable ally" in its fight against Daesh in Syria.