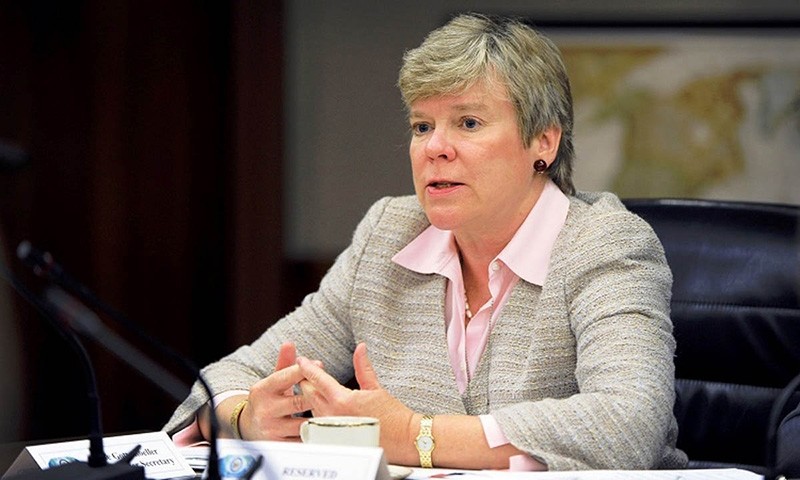 The deputy secretary general of NATO arrived Monday in Turkey's capital Ankara as part of her two-day official visit, according to a diplomatic source.

Rose Gottemoeller is set to hold meetings with Deputy Foreign Minister Ahmet Yıldız, Ministry's Undersecretary Ümit Yalçın and deputy Undersecretary Kaan Esener, the source, who spoke on condition of anonymity due to restrictions on talking to the media, said.

Ahead of her meeting at the Foreign Ministry, Gottemoeller participated in a wreath-laying ceremony at Ataturk's Mausoleum. She is expected to later attend the NATO Center of Excellence for Defense against Terrorism.

On Tuesday, Gottemoeller is expected to visit the 3rd Army Corps and Multinational Joint Warfare Centre Command, and deliver a speech at the National Defense University.

Gottemoeller's visit comes amid Turkey's Olive Branch Operation against PKK-linked and Daesh terror groups in Syria's Afrin which began Saturday. In an interview Sunday with Daily Sabah, Gottemoeller said NATO stands in solidarity with Turkey and recognizes the security concerns and "horrendous terrorist attacks" suffered by the country that led to the military operation.

She said this week's talks talks with members of the Turkish government and military would discuss a "more demanding security environment," including "violence and turmoil in the region, and the serious threat of terrorism."