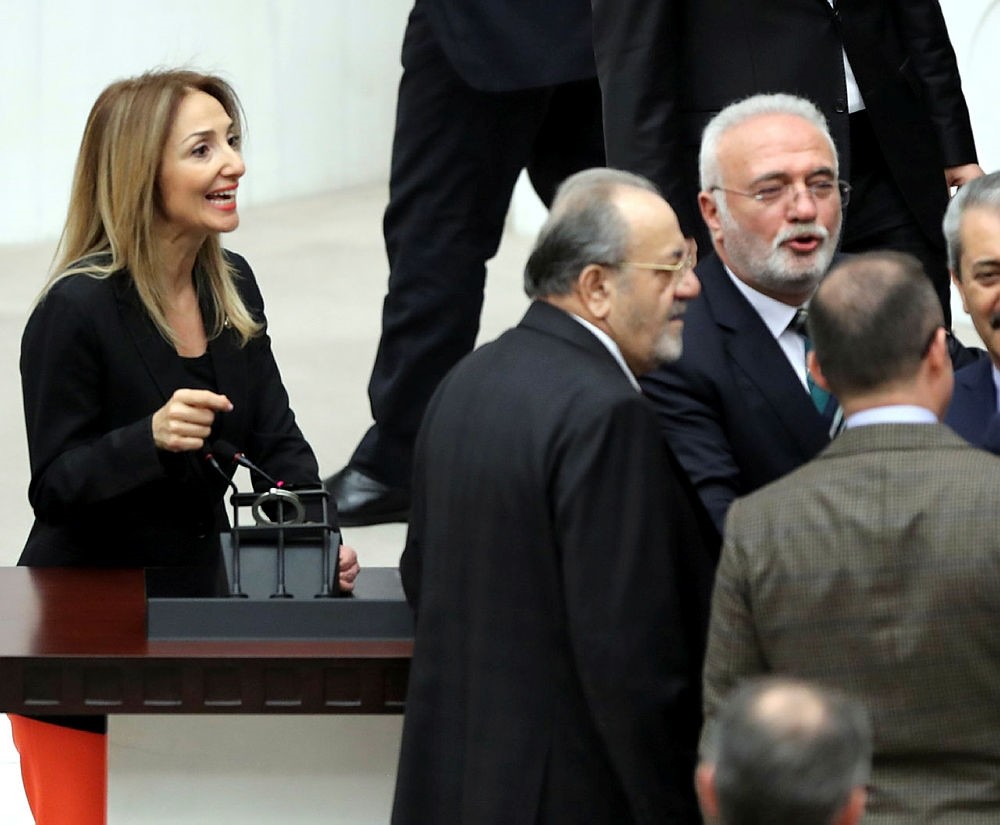 The first party assembly following the re-election of Kemal Kılıçdaroğlu gathered in the Republican People's Party (CHP) as another crisis broke out in regards to the controversial expulsion of Aylin Nazlıaka.

"You all have been assigned at a very difficult period. We will work very intensively and reach out to broader circles [of the society]. We will be on streets. What I want from you is that you reach out to places where non-CHP voters are," Kılıçdaroğlu reportedly told the party assembly at the first meeting.

Kılıçdaroğlu was re-elected at the CHP convention on Feb. 3-4 in a very controversial way after the other candidate, CHP Yalova Deputy Muharrem İnce, contended that the election was unjust. New members of the CHP party assembly were also elected. The CHP chairman received criticism in this respect because 10 names on his list could not enter the party assembly.

After Kılıçdaroğlu concluded his first speech to the new party assembly, the case of Aylin Nazlıaka was brought to agenda. Some party assembly members suggested that Nazlıaka be pardoned with the signatures of 300 delegates. However, the suggestion alone unexpectedly led to heated debates.

In the wake of the crisis over Nazlıaka's case, Kılıçdaroğlu reportedly said that a decision by the Central Executive Board (MYK) is needed. Therefore, the CHP chairman said that the suggestion to pardon Nazlıaka can only be brought to the agenda of the party assembly if such a decision is made at the MYK.

Nazlıaka was discharged from the party in March 2016. The decision was made in the wake of her previous remarks that a CHP deputy had taken down a portrait of Atatürk from the office wall in Parliament. A picture of Turkey's founder hanging in every deputies' office is a convention on the premises.

The expelled deputy exposed the incident during a meeting with 10 other CHP deputies. She told them that she witnessed the incident while she was in the office of the deputy. She allegedly asked the unnamed deputy why they had taken down the portrait, and got the answer: "It is now time to say new things."

After the news came out, the unnamed CHP deputy hung the portrait back on the wall, according to Nazlıaka. The CHP never confirmed if the incident was true and never gave details, and Turkish media was informed of the incident by Nazlıaka.

Another crack within the party came last week as CHP Istanbul Deputy Dursun Çiçek slammed fellow party authorities who have harshly criticized the cooperation with Free Syrian Army (FSA) elements, saying that working together with the FSA in Operation Olive Branch is necessary. "The TSK [Turkish Armed Forces] should act together with the FSA against terrorist groups that imperialist powers use in the region. It is an assurance for the Turkish military that those who know the region well lead the way," Çiçek said.