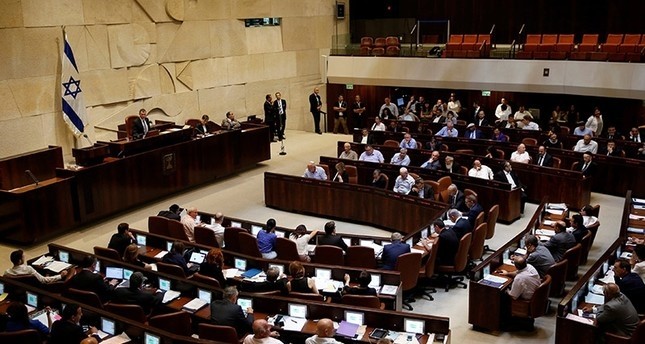 Israeli parliament, "the Knesset" rejected a bill late Wednesday to recognize 1915 events in Turkey as "genocide against Armenians."

"There is no reason that the Knesset, which represents a nation that went through the Holocaust, shouldn't recognize the Armenian Genocide and have a remembrance day for it," Yesh Atid party's chairman Yair Lapid, the sponsor of the proposal said, according to the Jerusalem Post.

Turkey dismisses allegations of genocide but acknowledges there were casualties on both sides during World War I.

President Recep Tayyip Erdoğan has said Turks and Armenians shared a common history and culture "as two ancient nations of this region."

Israeli Deputy Foreign Minister Tzipi Hotovely previously said that the country would not take an official stance on the matter, "in light of its complexity and diplomatic repercussions and because it has a clear political connection," according to the paper.