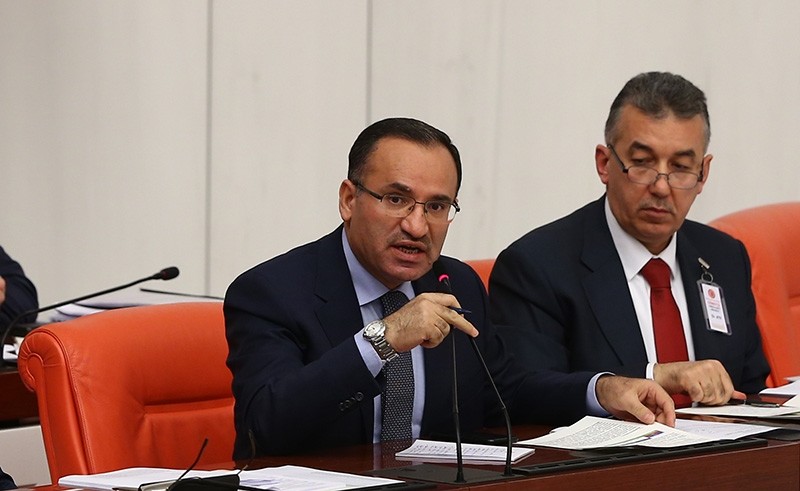 In a message posted on his Twitter account, Bozdağ criticized the U.S. for referring to the PKK terrorist organization's Syrian offshoots by using different names to hide their true identity.

He also urged the U.S. administration to abide by its promise to Turkey regarding cutting Washington's support to the PKK terror group's Syrian offshoot Democratic Union Party and its armed wing People's Protection Units (YPG) and to collect weapons from the terrorists.

Bozdağ also said Turkey would not let "the PKK/KCK/PYD and YPG to conduct ethnic and ideological cleansing, [and] change the demographic structure of the region."

"We will not allow the establishment of a terror army and terror state across our border under the disguise of Border Security Forces," he said referring to the Pentagon's plan to form a border force of PYD/PKK terrorists.

He added: "We will ensure the security of our country, our border and the region."

According to the Turkish General Staff, the operation aims to establish security and stability along Turkey's borders and the region as well as to protect Syrians from oppression and cruelty of terrorists.

The operation is being carried out under the framework of Turkey's rights based on international law, U.N. Security Council resolutions, its self-defense rights under the U.N. Charter and respect for Syria's territorial integrity, it said.

The military also said only terrorist targets were being destroyed and "utmost importance" was being put on avoiding harm to civilians.

Afrin has been a major hideout for the PYD/PKK since July 2012 when the Assad regime in Syria left the city to the terror group without a fight.