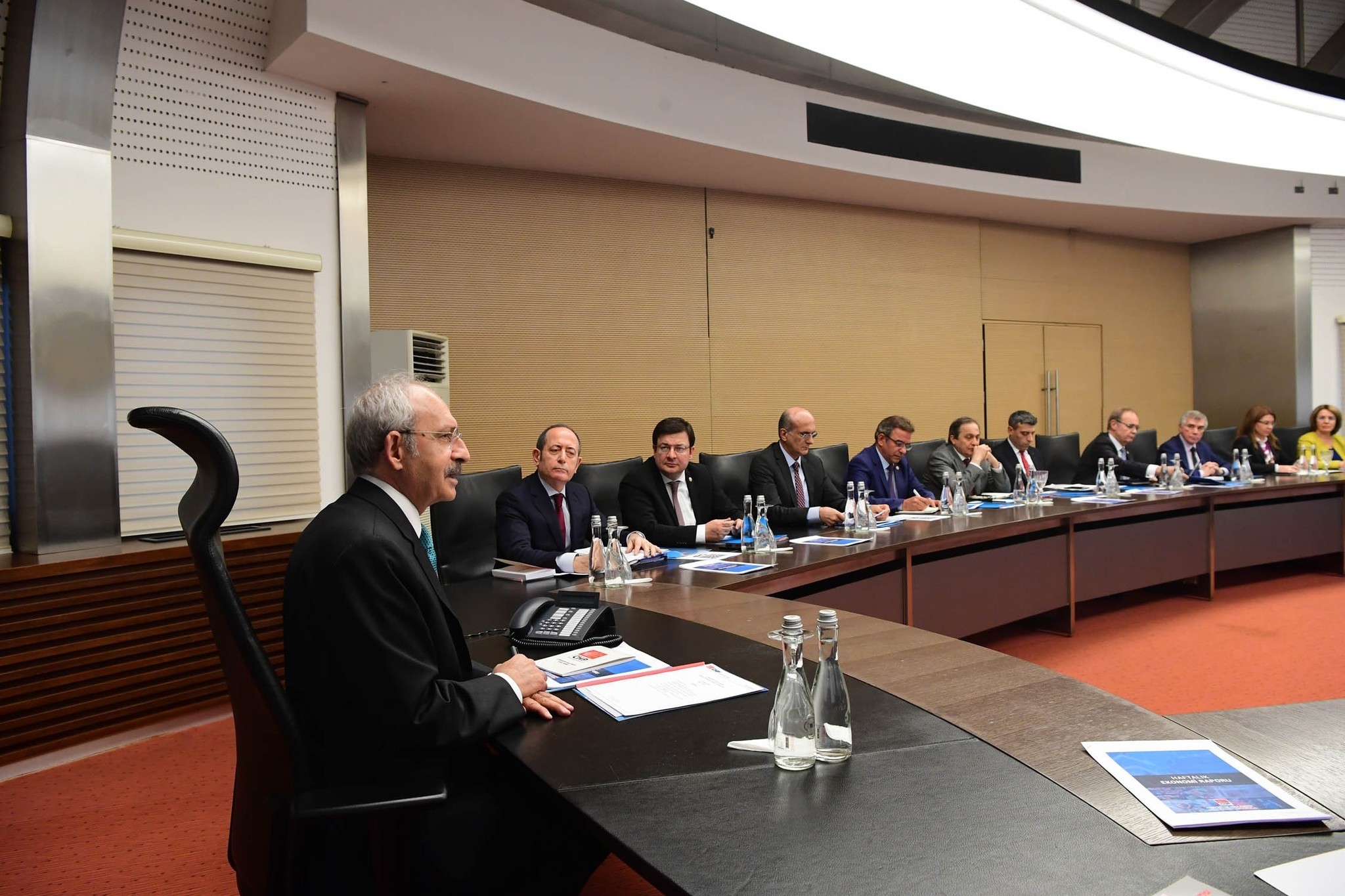 The Republican People's Party (CHP) will make the necessary changes in party bylaws at a convention next month to prepare for possible alliances in the 2019 elections.

The CHP will also reportedly dwell on electoral alliances at the bylaws convention possibly on March 9-10. The CHP Party Assembly recently announced that all deputies and local party branches should submit their suggestions for changes to the bylaws as soon as possible, as it has been suggested that bylaws be changed in line with the changing nature of politics in Turkey.

In a written call on fellow party members, CHP Secretary-General Akif Hamzaçebi and Deputy Chairman in charge of organizations Muharrem Erkek said, "New necessities were born out of changes in political life."

CHP Deputy Chairman Bülent Tezcan told the media that there must be changes in terms of alliances, especially after the recent talks between the Justice and Development Party (AK Party) and the Nationalist Movement Party (MHP). "Flexibility is needed in bylaws that would allow broad alliances," Tezcan reportedly said.

An opportunity for an alliance between the AK Party and the MHP surfaced after MHP Chairman Devlet Bahçeli said that his party will not name a candidate for the 2019 presidential election and will support the re-election of President Recep Tayyip Erdoğan instead.

Meanwhile, the CHP administration is reportedly not in favor of the idea that the presidential candidate for the CHP is not determined by all party members. The reason is supposedly the perception that a candidate chosen by CHP members would not be able to represent 51 percent of the public.

Some circles in the CHP ponder leaving the issue to the party assembly would be a wiser move.

While the CHP administration focuses on the convention, intra-party dissidents are also working around the clock. CHP Yalova Deputy Muharrem İnce, who lost the race for chairmanship against Kemal Kılıçdaroğlu, recently, prepared a text that outlines the changes to the bylaws.

"A call on our members: We started the signature process in regards to our suggestion for bylaws change. We share the text that only CHP members will sign with the public," İnce said on his official Twitter account, calling on everyone signing the text to his address.

According to recent rumors, CHP Chairman Kılıçdaroğlu called for a convention on March 9-10 to counter intra-party opposition. İnce previously was said to have plans to turn the convention for bylaws into an extraordinary convention, estimated to be held in June.