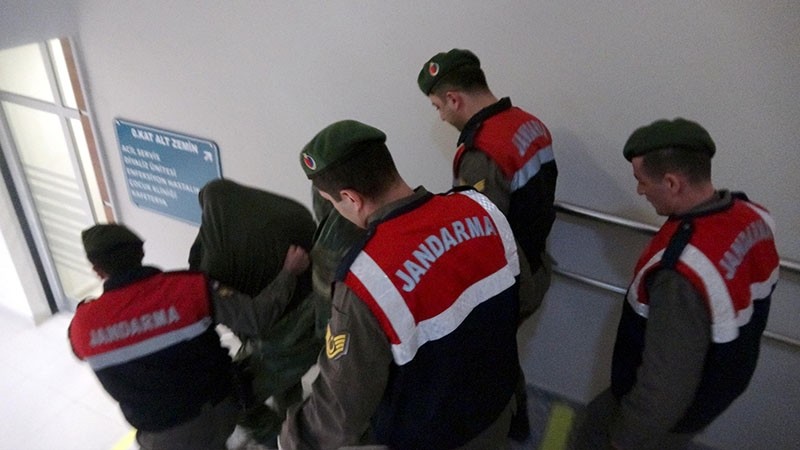 A Turkish court ruled against the appeal of the arrest of two Greek soldiers detained on espionage and trespassing charges in the northwestern province of Edirne, while Deputy Prime Minister Bekir Bozdağ ruled out the exchange of soldiers.

As they pleaded their innocence, a Turkish court rejected the appeal by lawyers to release the two Greek soldiers arrested last week in the border city of Edirne for spying on the Turkish side of the Greek-Turkish border.

Lt. Angelos Mitredotis and Sgt. Dimitris Kouklazis were found by patrolling Turkish soldiers in a forbidden military zone, allegedly taking photos for espionage purposes. A court in Edirne, where the border dividing the two countries by the Meriç River lies, has accepted the prosecutor's plea to arrest them for attempted espionage. Since their arrest Friday, the soldiers are being held in a maximum-security prison in the city, separate from other inmates.

Speaking at a news conference following a meeting in Ankara, Deputy Prime Minister Bekir Bozdağ said that the exchange of Greek soldiers with pro-coup Gülenist Terror Group (FETÖ) soldiers seeking asylum in Greece is out of question.

The two suspects claimed innocence and told interrogators that they were "lost" in bad weather while patrolling the border. When questioned by prosecutors, they said they were lost while tracing footprints in a snowy area, in order to find human smugglers and illegal immigrants. The area in which they were caught is a popular transit point for migrants crossing into Greece from Turkey as well as for fugitives. They explained that they took photos of the area to "show their superiors the work they have done."

In its verdict for the continued detention of the soldiers, the court ruled that the soldiers had no "residence" in Edirne and an examination of digital evidence found on them was still in progress.

The border is tightly monitored by both parties due to the massive refugee influx into Europe since 2015, along with terror threats.

Greece and Turkey had improved their ties after a presidential visit to Athens last year but hostilities re-emerged recently. Greece was accused of provocation by Turkey when its ships violated Turkey's "territorial waters" in the Aegean Sea, and Ankara has been critical of Athens after Greek courts rejected extradition of putschist soldiers involved in the 2016 coup bid in Turkey.