Mongolian speaker of parliament: Aim is to elevate ties with Turkey to strategic level 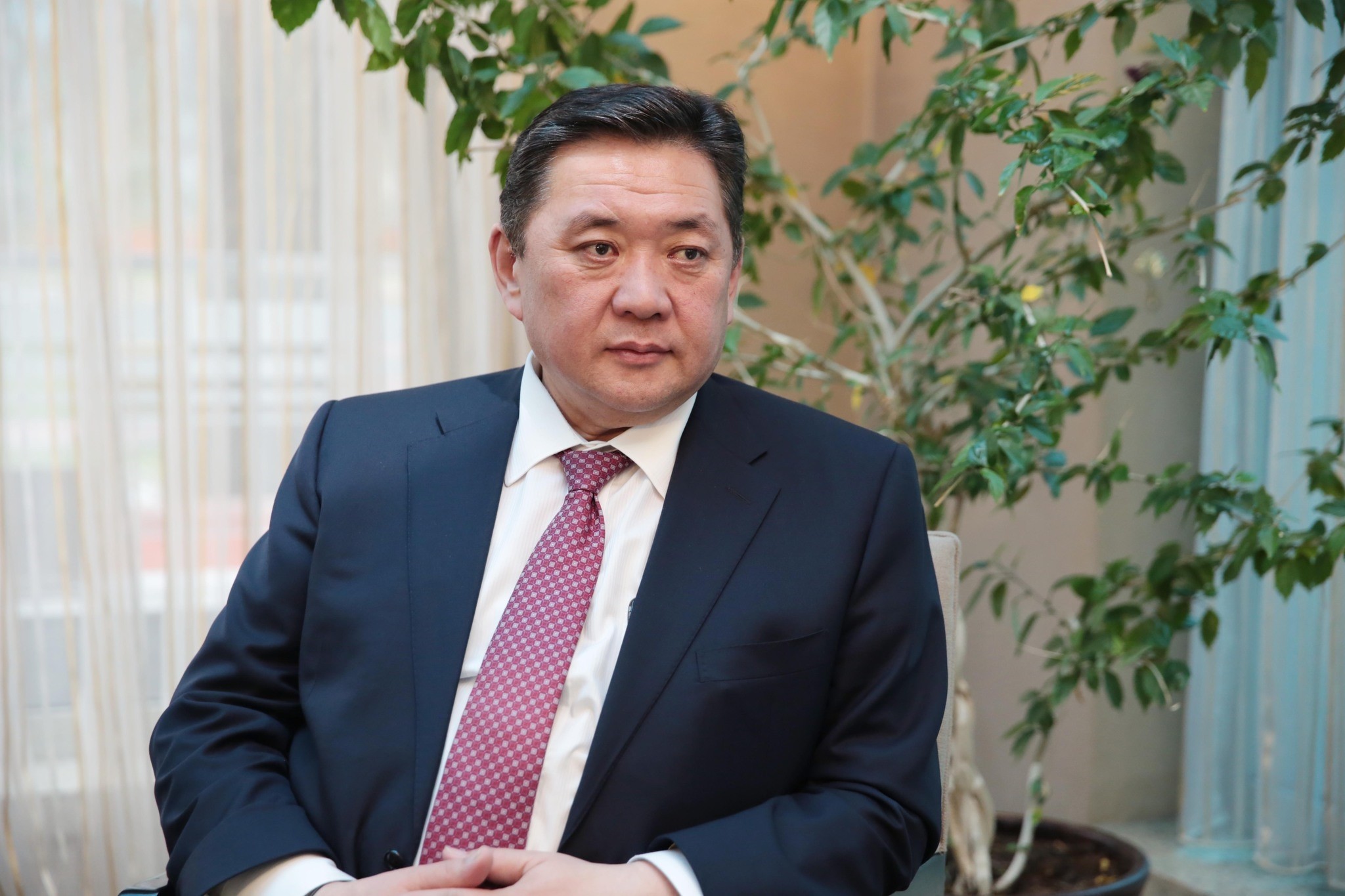 The chairman of the State Great Hural (parliament) of Mongolia, Enkhbold Miyegombo, said that Mongolia and Turkey, which will celebrate their 50th year of relations in 2019, seek to reach a strategic level in ties and increase cooperation between their parliaments.

Speaking to Daily Sabah in an exclusive interview during his visit to Ankara on March 7, Miyegombo said: "Mongolia aims to reach a strategic level in relations with Turkey." He added that his fourth official visit to the country is significant for social and political ties and cooperation between the parliaments.

Miyegombo visited Turkey from March 6 to March 9 upon invitation from Parliament Speaker İsmail Kahraman, and also held a meeting with President Recep Tayyip Erdoğan. "In 2006, during my official visit to Turkey as prime minister of Mongolia, we signed agreements of cooperation between the governments with then Prime Minister Recep Tayyip Erdoğan. Additionally, the two sides reached an agreement to increase the trade volume in a meeting during Erdoğan's visit to Mongolia in 2013," Miyegombo said. "In our meeting with the President Erdoğan on Wednesday, which lasted over an hour, we discussed the steps that need to be taken to increase cooperation and reach these objectives."

"The relationships between the young deputies of the two parliaments would give new momentum to Turkish-Mongolian ties," Miyegombo said.

Commenting on the failed July 15, 2016 coup attempt in Turkey, in which Parliament was bombed, Miyegombo said that his government followed the incidents with concern that night. "The Mongolian government has always stood with Turkey in its fight against terrorism," Miyegombo said. He added that the Mongolian government has been tackling requests from Turkey to take steps regarding the future of some schools affiliated to the Gülenist Terror Group (FETÖ).

Touching on the economic ties between the countries, Miyegombo said a free trade agreement needs to be signed in order to reach the goals set for the trade volume. He said: "The Turkish and Mongolian Economy Ministries have started programs of service sharing and exchange of personnel, and following this, we would like to finally sign a free trade agreement."