Turkish-Germans call for unity against attacks on mosques 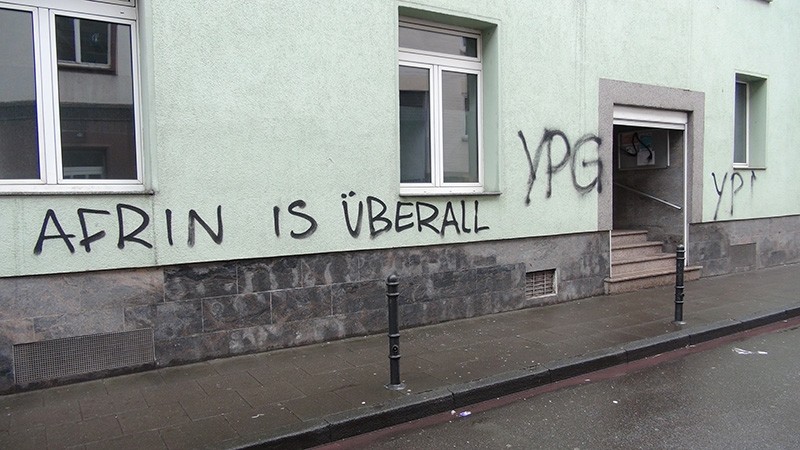 The Turkish-German community has made a call to keep watch over mosques in the wake of attacks, deciding to provide security themselves as a reaction to what they have called the German government's inefficiency.

Halil Ertem, the general secretariat of Alliance of German Democrats, a party founded predominantly by Turkish-Germans, shared a video on social media with the Turkish hashtag of #nöbetteyiz (we are on duty), calling for Muslims in Germany to unite against the attacks.

"These mosques were built with the livelihood of our children [in mind]. Thirty years ago we were praying in basements. With moral and material support from all of us, these mosques have opened. Let's not let this disappear with a bottle full of gasoline," Ertem said in the video.

He said that the mosques should not be left empty and that a crowded night watch is necessary similar to during Ramadan or Friday prayers.

"Unfortunately, we do not trust the German police force. At least three or four people should stay in front of mosques to prevent anyone from attempting sabotage," he said.

"The recent attacks on Turkish-German institutions in Germany are unbearable. I condemn these attacks in the strongest terms. German security authorities will do everything in their power to prevent such crimes. The German constitutional state will hold the perpetrators accountable and provide a fair punishment," Erdmann said in a written statement.

Recently, a number of attacks on Turkish mosques in Germany are thought to have been carried out by PKK supporters to take revenge against Turkey's Operation Olive Branch in Afrin, Syria. The latest attack was on Monday night, in which a mosque in Germany's northwestern city of Cologne was vandalized by supporters of the PKK and its Syrian affiliate People's Protection Units (YPG). On Monday night, supporters of the groups in Berlin also threw stones at a Turkish restaurant and smashed its windows. Several mosques, associations and shops were attacked with Molotov cocktails in cities across Germany over the weekend. Turkey's Foreign Ministry delivered a diplomatic note to Germany on Monday and asked for immediate measures to protect the Turkish-German community from violence by supporters of the YPG and PKK.