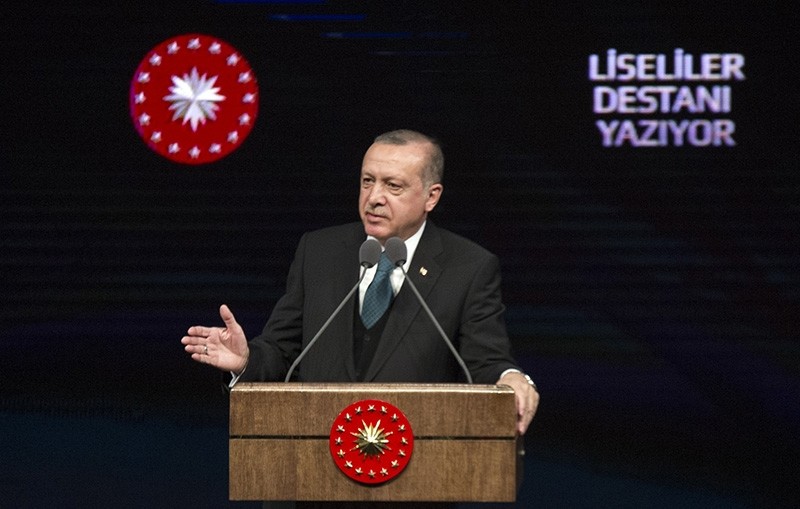 President Recep Tayyip Erdoğan criticized a joint motion drafted by the European Parliament for a resolution to call on Turkey to withdraw its troops from Syria's Afrin, saying Turkish troops will not leave until their "job is done."

Speaking at an award ceremony at the Presidential Complex in Ankara, Erdoğan told the European Parliament to not get their hopes up.

"We will not leave unless our job is done," Erdoğan said, adding that Turkey is not a scapegoat.

The president also said that the EP has no right to tell Turkey what to do.

The EP is expected to vote on the motion later Thursday.

Turkey launched Operation Olive Branch in Syria's Afrin on Jan. 20 to remove the PKK/PYD/YPG/KCK and Daesh terrorists from northwestern Syria.

A total of 3,525 terrorists are estimated to have been "neutralized" since the beginning of the operation, according to the Turkish Armed Forces.

"The motion has shown once again that an institution like the EP is unaware of what is going on in Syria and has drifted apart from seeing developments on the field," Çelik said.

Çelik noted that the draft motion is one of the most visionless motions prepared by the EP in the past few years.