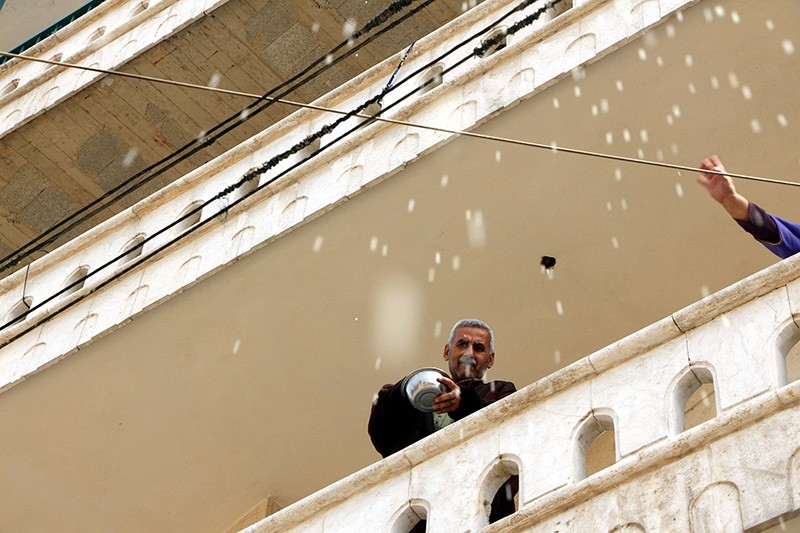 A local resident and his wife throw rice from their balcony to celebrate the liberation of Afrin from PKK/YPG terrorists on March 18, 2018 (DHA Photo)
by Anadolu Agency Mar 18, 2018 12:00 am

Civilians waved to the Turkish and FSA troops and chanted slogans in their support.

Many drove their cars to the town center where they gathered and honked to celebrate the victory. 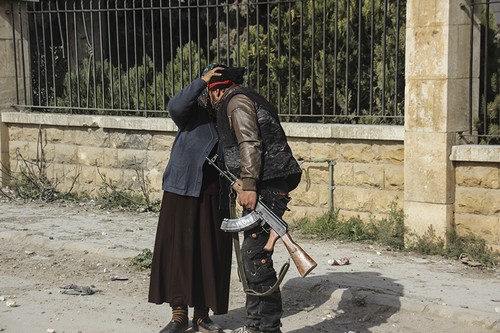 An elderly woman hugs an FSA fighter after the city's liberation from YPG/PKK on March 18, 2018 (AA Photo)

Anadolu Agency correspondents in the region saw several buildings and vehicles which had been set ablaze by terrorists.

After taking control, Turkish soldiers and FSA fighters destroyed photos and rags left behind by YPG/PKK.

Security forces are searching houses to capture any terrorists who are hiding among civilians. 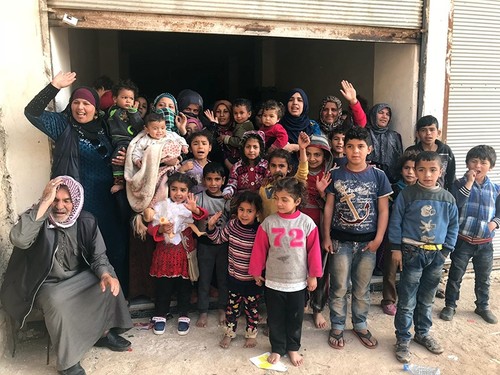 Afrin has been a major hideout for the PYD/PKK since July 2012, when the Assad regime in Syria left the city to the terror group without a fight.