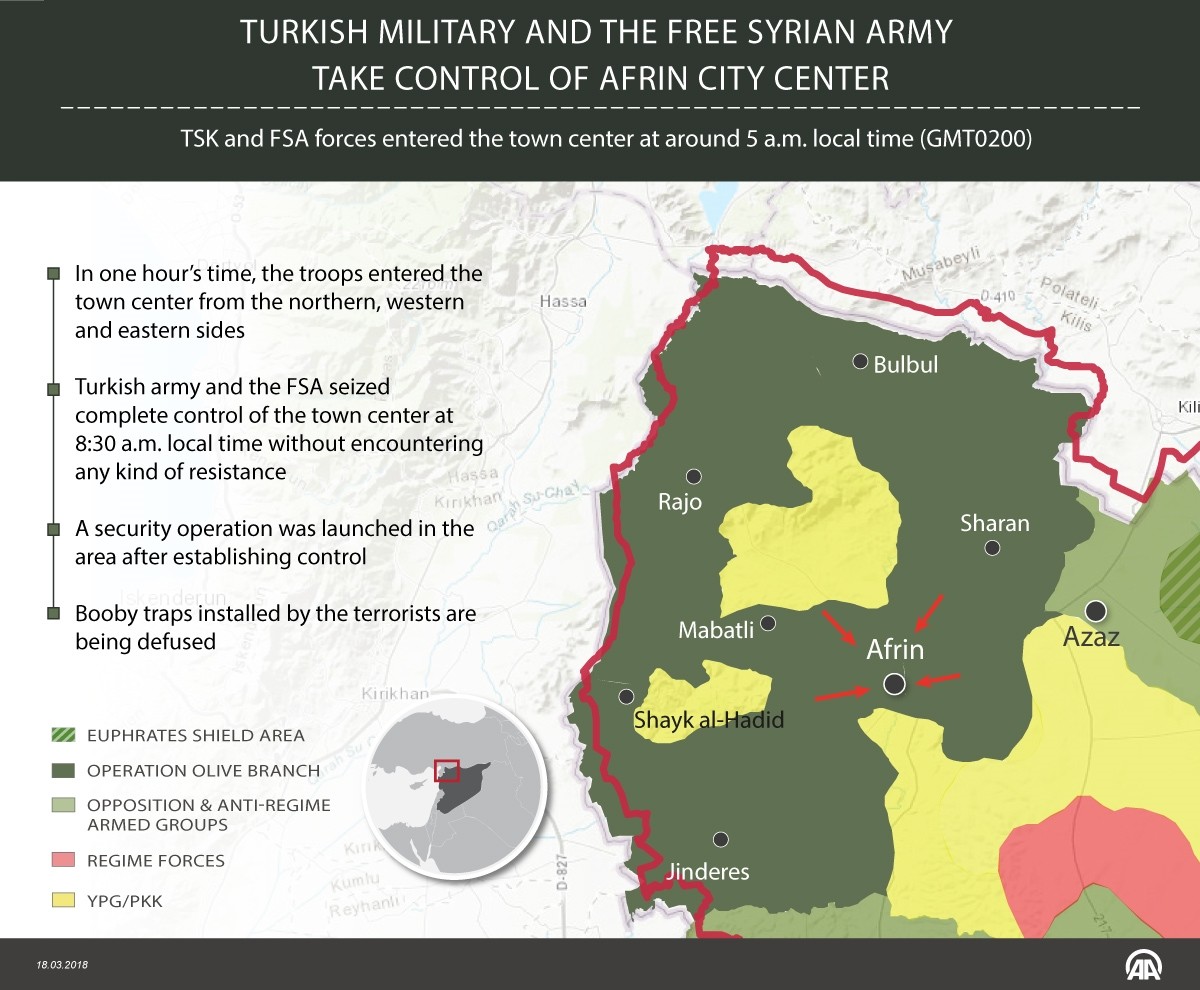 Speaking at the commemoration ceremony of the 103rd Anniversary of the Battle of Gallipoli, Erdoğan said that the Turkey-backed FSA forces entered the Syrian city as of 8:30 a.m. on Sunday. 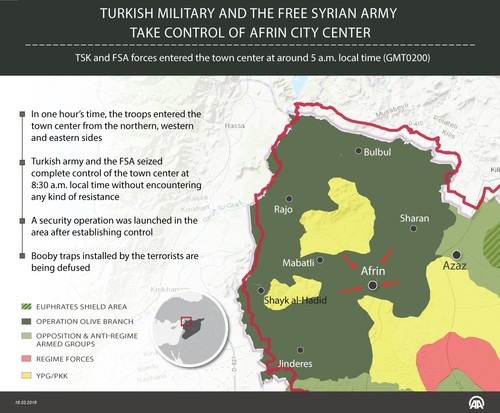 The president noted that the Turkey-backed forces declared victory over terrorists in the area, who fled the city.

He highlighted that Turkey will immediately take necessary steps to make sure that the residents of the city are able to return to their homes as soon as possible.

"The terror corridor has been broken in four fronts," the president said, referring to the attempts by the PKK-linked YPG to establish a terror corridor along the border with Turkey.

Reports noted that gunshots and explosion sounds are being heard in the area, while Turkish fighter jets continue to fly over the city.

"Fighting is ongoing inside the city, where Turkish forces and allied opposition units have seized some neighborhoods," the Britain-based Syrian Observatory for Human Rights monitoring group said, according to the French Press Agency (AFP).

The military noted that the Free Syrian Army cleared Mabatli town in Syria's Afrin from terrorists, taking control of all town centers.

The entrance into Afrin town center coincides with the 103rd anniversary of the naval victory of the Ottomans against the Allied forces during World War I, as well as the commemoration of the thousands who lost their lives during the Gallipoli Campaign.

Soldiers raise a Turkish flag above Syria's Afrin, dedicate it to the martyrs and the Turkish nation on the 103rd anniversary of the Gallipoli Battlehttps://t.co/dmX3DWgyhl pic.twitter.com/DTjvP0KtnY

Turkish soldiers dedicated the victory in Afrin to the martyrs and Turkish people.

In a later speech, President Erdoğan announced that a total of 46 Turkish soldiers have been killed in action and 225 others have been injured in the operation in Syria's Afrin.

Meanwhile, the Turkish Armed Forces also announced that a total of 3,603 terrorists have been "neutralized" since the beginning of the opreation.