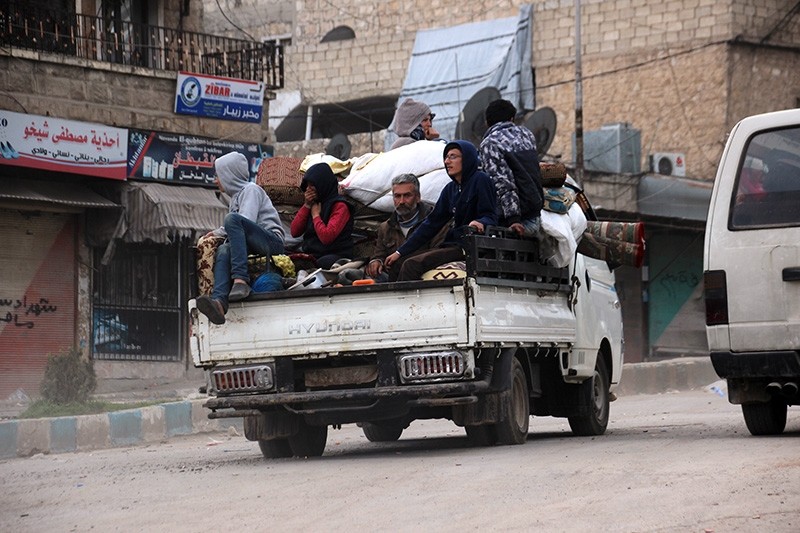 Turkey will not stay in Syria's Afrin and aims to leave the region to its real owners after the area is completely cleared of terrorists, Deputy Prime Minister Bekir Bozdağ said Monday, after the Ankara-backed Free Syrian Army (FSA) units declared victory over PKK-linked People's Protection Units (YPG) a day before.

"As we said, we will not permanently stay there, nor are we occupiers," Bozdağ said, adding that the goal of Operation Olive Branch is to restore peace, security and stability to the region and leave it to its "real owners."

Bozdağ told reporters that the region needs to be cleared of mines, explosives and weapons, and this will take some time.

He noted that additional steps are necessary to normalize the situation in the town to allow people to return to their daily lives.

"We will do whatever is necessary to normalize life and construct the infrastructure," Bozdağ said, adding that Turkey will also take necessary steps to ensure the security of the people, and provide food, health services, education and transportation.

The deputy prime minister also dismissed allegations made by YPG terrorists on social media sites, claiming that they withdrew from Afrin at their own will.

"They did not withdraw, they ran away," Bozdağ said.

Bozdağ also highlighted that a major portion of the weapons and ammunition given to YPG terrorists have been confiscated in Afrin, which will significantly decrease the threats on Turkey's borders.

As part of Operation Olive Branch, launched Jan. 20 to clear YPG/PKK and Daesh terrorists from the Afrin region, Turkish Armed Forces and FSA on Sunday entered Afrin town center and liberated it from YPG terrorists.

The military has said that only terrorist targets are being destroyed and "utmost care" is being taken to avoid harming any civilians.