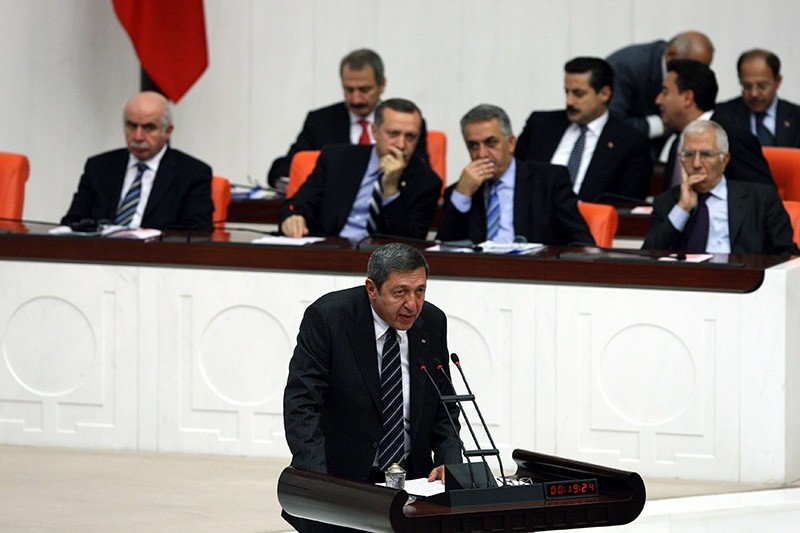 Former ambassador and lawmaker Ahmet Deniz Bölükbaşı, one of the most prominent names of Turkish diplomatic circles, died early Wednesday at the age of 69.

Bölükbaşı, who also served as Ankara lawmaker from the Nationalist Movement Party (MHP) between 2007 and 2011, has been battling a chronic illness linked to cancer for the last couple of years.

An official ceremony will be held for Bölükbaşı on Thursday at the Grand National Assembly of Turkey, followed by a funeral service at Ankara's Kocatepe Mosque.

Born in 1949, Bölükbaşı began his career at the Ministry of Foreign Affairs in 1973, and served as an embassy counsellor in Athens and Bonn and was later appointed as ambassador to Lisbon. He later served as first legal counsel at the ministry and chief foreign policy adviser to the deputy prime minister. Bölükbaşı's last post at the ministry was permanent representative to the World Trade Organization (WTO) in Geneva.

During his term in Athens, Bölükbaşı survived an assassination attempt by the far-left Revolutionary Organization Nov. 17 terrorist group in 1991. A car parked nearby his house was detonated as Bölükbaşı was getting into his official armed car, which saved Bölükbaşı's life although he suffered serious injuries and spent eight months in the hospital. The same group had succeeded in assassinating Turkish Deputy Press Attaché Çetin Görgü in 1991 and Embassy Counsellor Ömer Haluk Sipahioğlu in 1994.

Bölükbaşı was the son of iconic politician Osman Bölükbaşı, who was the founder of the Nation Party (MP) Republican Nation Party (CMP) and Republican Villagers Nation Party (CKMP) in late 1940s and 1950, which all introduced a populist third way between centrist/center-left Republican People's Party (CHP) and center-right Democrat Party (DP) in for the first time in the Republican era. The latter evolved into MHP in 1969.

Bölükbaşı initially ran as a lawmaker from the MHP in the 2002 elections but failed to be elected as the party failed to pass the 10 percent threshold. He was elected in 2007, but resigned from the party in May 2011 and did not run in the elections scheduled for June as the MHP, as well as the main opposition CHP, were targeted in a series of sex-tape scandals and allegations earlier that year. Years later, the Gülenist Terror Group (FETÖ) was blamed for setting up traps for the two parties in order to damage their public reputation.