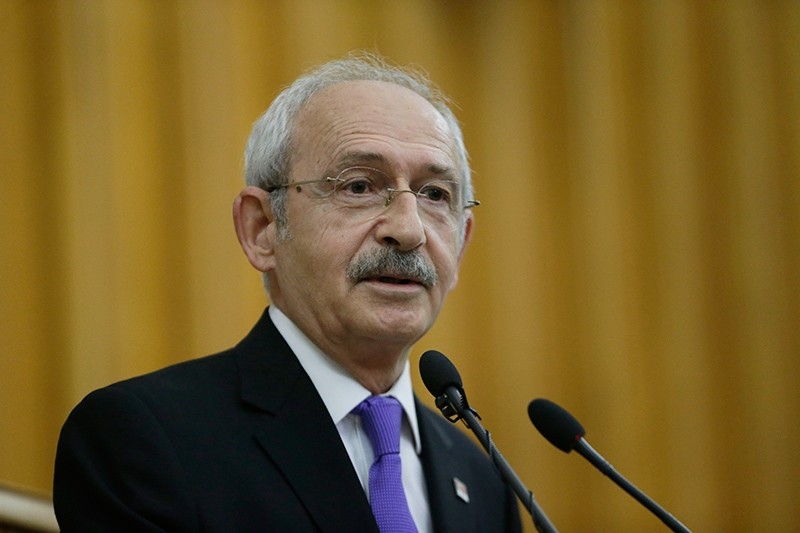 Opposition Republican People's Party (CHP) Chairman Kemal Kılıçdaroğlu corrected a statement made by a German ambassador who defined Turkey's operation in Afrin as an "occupation."

"Afrin is not an occupation but a counterterrorism operation," Kılıçdaroğlu said on March 22 in a meeting with ambassadors of 27 EU member countries in Ankara, referring to the remarks of German envoy Martin Erdmann.

It was reported that during discussions about Turkey's operation, Erdmann defined Operation Olive Branch in Syria, Afrin as an occupation, and in response Kılıçdaroğlu stressed that, "We do not accept this definition."

Turkey launched Operation Olive Branch on Jan. 20 to remove PKK-affiliate Democratic Union Party (PYD), PKK and Daesh terrorists from Afrin. According to the Turkish General Staff, the operation aims to establish security and stability along Turkey's borders and in the region as well as protect Syrians from terrorist cruelty and oppression.

Ankara has also criticized European tolerance of smear campaigns against Turkey conducted by PKK sympathizers. Following Turkey's operation targeting the terrorists, supporters of the PKK, which is outlawed both in the U.S. and the EU, have been holding demonstrations to protest Turkey throughout Europe.