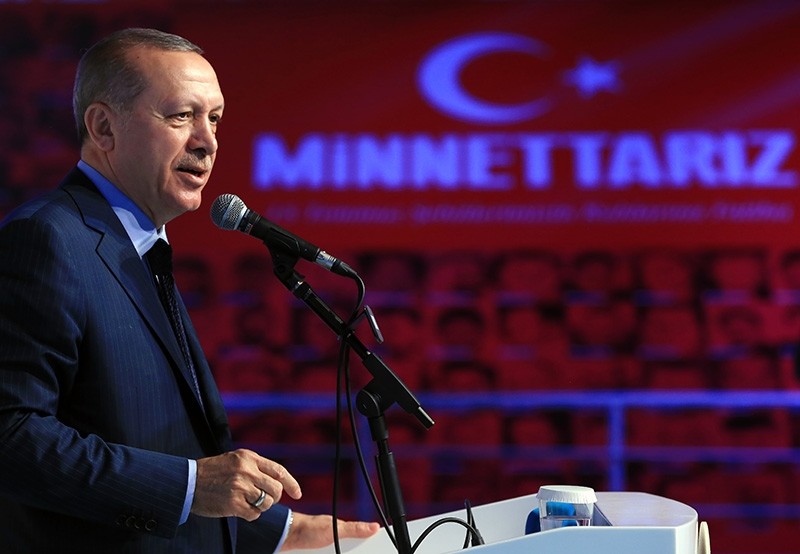 On Friday, Haradinaj fired Interior Minister Flamur Sefaj and secret service chief Driton Gashi, reprimanding them for conducting the operation Thursday without his knowledge. "The entire operation — revoking their residence permits, detention, emergency deportation and the secret extradition to Turkey of the six Turkish citizens from Kosovo territory — was conducted without my knowledge and without my permission," Haradinaj said in a statement. Kosovo President Hashim Thaci also released a statement on Friday denying any knowledge of the operation.

Speaking at the district congress of ruling Justice and Development Party (AK Party) in Istanbul's Pendik, Erdoğan said that top executives of the terrorist group in the Balkans have been nabbed.

"However, I'm upset for one thing, which is that the prime minister of Kosovo has removed the interior minister and intelligence chief. And now I ask the prime minister of Kosovo, with whose order did you take such a step? Since when did you start to protect those who attempted a coup against the Republic of Turkey?" Erdoğan said, underlining the strong support Turkey gave to Kosovo during its struggle for independence from Serbia.

Erdoğan also said he expects Kosovan people not to support the move, saying "politics cannot be made through remote control."

The suspects were identified as Cihan Özkan, Kahraman Demirez, Hasan Hüseyin Günakan, Mustafa Erdem, Osman Karakaya and Yusuf Karabina, and they were transferred to Turkey in a private plane by MİT before their surrender to law enforcement officials.

The suspects were in charge of all FETÖ activities in the region, as well as trafficking FETÖ members from Turkey to the U.S. and European countries, where the terrorist group maintains a strong presence.