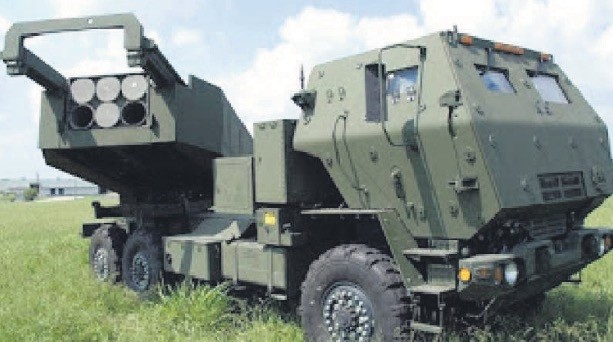 The US has pulled out its HIMARS rockets from where they were positioned as part of the anti-Daesh strategy, a Turkish military official has said

The United States has withdrawn its high mobility artillery rocket system (HIMARS) from Turkey, a high-ranking Turkish military officer has said. Washington has neither confirmed nor denied the claim.

Speaking to Daily Sabah on condition of anonymity, the officer said the HIMARS was removed from its position near the Turkish-Syrian border in Gaziantep province. It had been put in place in September 2016.

The system was set up in Turkey at the time to provide protection and strengthen the fight against Daesh. Back then, Turkey was conducting Operation Euphrates Shield in northern Syria. Now that Daesh seems to have been defeated, the military sources said, the HIMARS system was withdrawn.

United States Central Command (CENTCOM) did not provide a thorough answer to Daily Sabah, neither denying nor affirming that HIMARS was pulled out. "Coalition forces reposition assets to meet changing needs in support of our partner forces in a complex battle space," a CENTCOM spokesperson said. "We emphasize our continued focus on working by, with and through our partners to achieve a lasting defeat of Daesh."

At the time the HIMARS was deployed, the U.S.-led anti-Daesh coalition's special presidential envoy, Brett McGurk, posted on Twitter: "U.S. forces struck ISIL targets near Turkey's border in Syria last night via the newly deployed HIMARS system." ISIL is a different acronym for Daesh. The U.S. Embassy in Ankara described the development as the "the latest step in U.S.-Turkey cooperation in the fight against Daesh."

Months before the deployment of the HIMARS to Turkey, Foreign Minister Mevlüt Çavuşoğlu defined the goal of the move as bolstering the anti-Daesh fight and "closing down of the Manbij area."

Military sources said Turkey had not requested the HIMARS since systems similar of HIMARS were available in the military's inventory. According to information on Lockheed Martin's website, "inside the first HIMARS launch canister there are six Guided Multiple Launch Rocket System (GMLRS) rockets."

Earlier in January, Turkish media reported that locals where the HIMARS was deployed were also concerned for their presence. Also, security experts were quoted as saying that the system had fulfilled its duty after Daesh was routed in Syria. The experts said that the military base also plays a key role for the United States to gather intelligence from near the border.

The withdrawal of the HIMARS comes at a time when the Turkish military is reportedly gearing up for a ground offensive against the People's Protection Units (YPG) in Manbij.

"The U.S. needs to hand over Manbij from YPG and PKK terrorists to its true owners, the Syrian people," President Recep Tayyip Erdoğan said at a gathering of the Justice and Development Party (AK Party) in the northern Trabzon province in late March. "If the YPG terrorist group is not removed from Manbij, we will be forced to remove them with the support of the local Syrian people," he said.