US builds new bases in Manbij despite Trump's statements 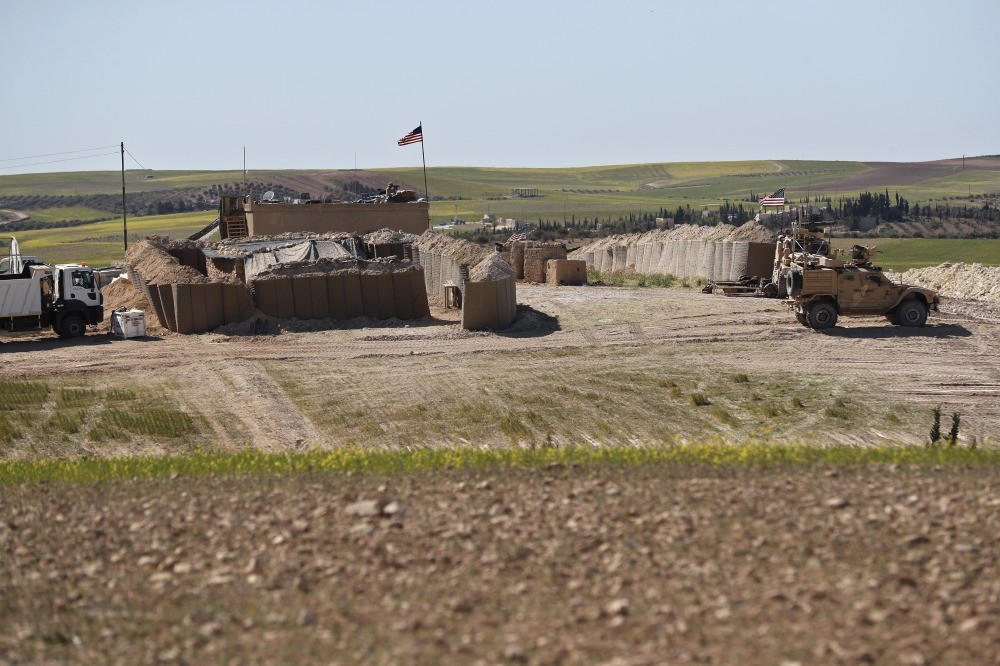 New photos have surfaced from northwestern Syria's Manbij showing U.S. soldiers constructing new bases in the city with PKK-affiliated terrorists, despite U.S. President Donald Trump's previous statements declaring his intention to withdraw from Syria as the fight against Daesh came to an end.

The Pentagon and U.S. Central Command (CENTCOM) are seeking to build up U.S. military presence under the pretext of "completing the fight against Daesh" despite U.S. President Donald Trump's recent statements regarding a quick withdrawal from Syria.

Anadolu Agency (AA) reported on Tuesday that the U.S. is setting up two bases in Syria's northern Manbij region, currently occupied by the PKK-affiliated YPG. The agency said the U.S. is extending an observatory in Dadat village in northern Manbij in order to build a base.

Construction materials and heavy equipment have already been transported southeast of the village. The base will be located 8 kilometers from Sajur River which forms the front line between Jarablous, the Euphrates Shield area and Manbij, the YPG invaded area. The other base is being built 4 kilometers from the front line, south of Dadat.