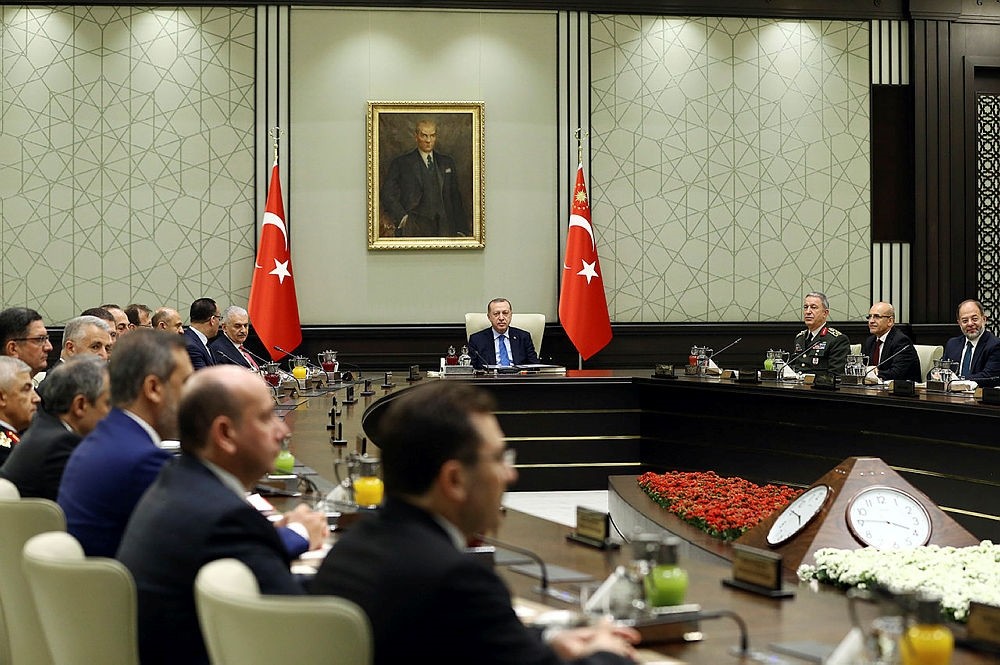 Turkey's National Security Council (MGK) decided Tuesday to recommend the extension of the state of emergency for an additional three months for the seventh time.

Government Spokesperson and Deputy Prime Minister Bekir Bozdağ said later Tuesday that the cabinet sent the motion to extend the state of emergency for three more months to Parliament.

The extension will likely be approved by Parliament. The state of emergency has so far been approved six times since the attempted coup by the Gülenist Terror Group (FETÖ) in July 2016.

Speaking in a televised interview on April 4, Bozdağ clarified the situation in regards to another extension of the state of emergency, saying that the ongoing fight against FETÖ makes it necessary to extend it once more.

Turkey declared the current state of emergency for the first time on July 20, 2016 following a deadly coup attempt by FETÖ that killed 250 people and left 2,200 injured.

The statement released after the meeting also said that it is vital for international community to act collectively to stop massacres in Syria. The MGK also said Turkey is expecting its allies to support military operations in Syria and emphasized its commitment to a political solution to the seven-year-long crisis.

Last weekend, the U.S, France and the United Kingdom agreed to adopt a joint resolution about stopping the Syrian regime's suspected chemical weapon attacks in Douma. The coalition powers sent missiles to Damascus on Saturday, which was welcomed by the Turkish government.