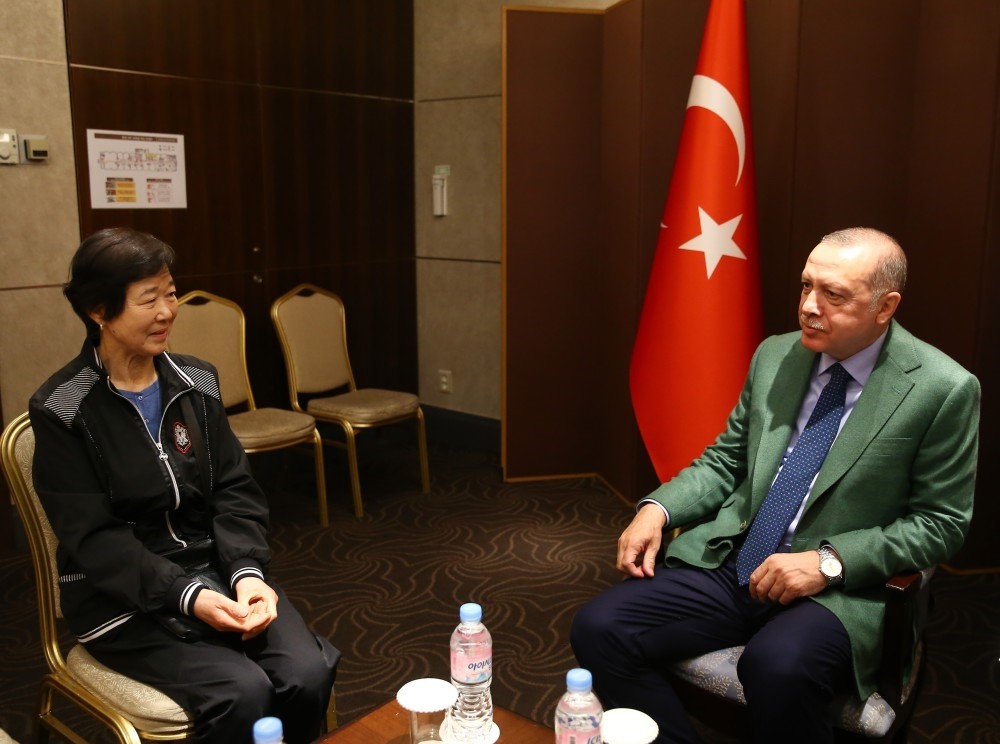 On the last day of his official South Korea trip on May 3, President Recep Tayyip Erdoğan met with Eunja Kim, the 72-year-old Korean woman whose life was depicted in the movie "Ayla," which is based on a true story about the friendship of Turkish and South Korean soldiers during the Korean War in 1950. The film "Ayla: The Daughter of War" is the true story of a Turkish soldier and an orphaned Korean girl who reunite after 60 years.

It was released on Oct. 27, 2017 in Turkey and also shown in Seoul during the Turkish film festival week to celebrate the 60th anniversary of diplomatic ties between Turkey and South Korea. Erdoğan's two-day trip makes him the first Turkish leader to pay a state visit to South Korea since the two countries upgraded their bilateral relations to the level of a strategic partnership in 2012, a year before signing a free trade agreement.

Relations between Turkey and South Korea stretch back to the 1950s when they forged a brotherly relationship during the Korean War during which Turkish forces served under the United Nations Command. Some 774 Turkish soldiers were killed in the war.