States must not backtrack on treaties, FM Çavuşoğlu says 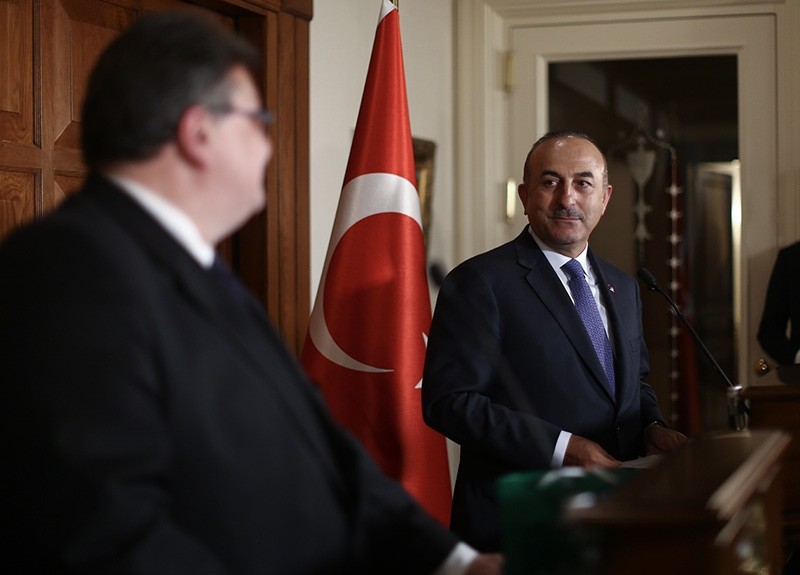 Foreign Minister Mevlüt Çavuşoğlu said Wednesday that states must not backtrack from the treaties they have signed, referring to the recent U.S. withdrawal from the Iran nuclear deal.

"States must stand by the treaties which they have signed," Çavuşoğlu said speaking at a joint news conference with his Lithuanian counterpart Linas Linkevicius in Ankara.

Çavuşoğlu said it was incorrect for the U.S. government to backtrack from a treaty which had been signed by a previous government.

"Then, all international treaties of the past could be ignored suddenly one day," he added.

Çavuşoğlu also said Turkey is ready to do its part to find a common ground on the issue.

"If any document bears your signature, you need to respect that, you need to abide by that," Erdoğan underlined.

On Tuesday, Trump withdrew the U.S. from the landmark nuclear deal, which was signed in 2015 between Iran and the P5+1 group of nations (the five permanent members of the U.N. Security Council plus Germany).

Trump's move has sparked a range of reactions, with some countries welcoming it and others condemning it.