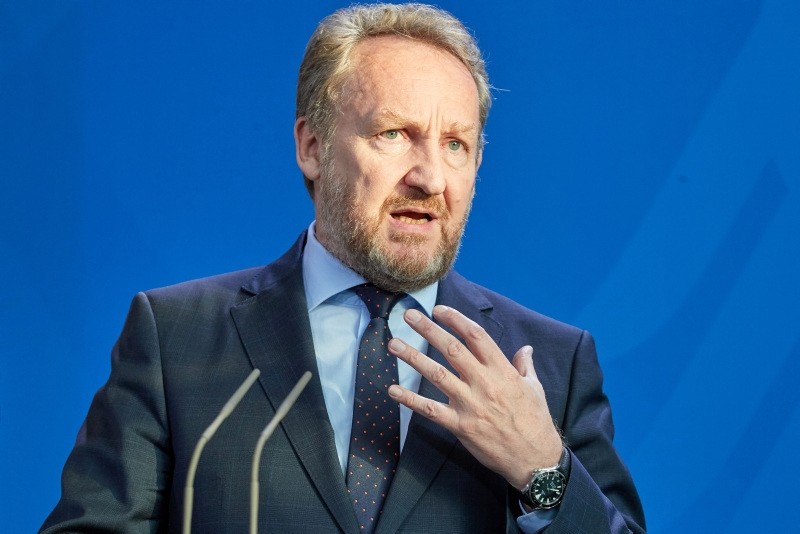 A member of Bosnia's tripartite Presidency Bakir Izetbegovic speaks during a joint statement as part of a meeting at the chancellery in Berlin, Germany, 09 May 2018. (EPA Photo)
by Anadolu Agency May 12, 2018 12:00 am

Bosnian leader Bakir Izetbegovic said Saturday that Turkey's President Recep Tayyip Erdoğan is a mentor for the Muslims, a fact that makes him unpopular in the West.

Speaking at an event organized by his Party of Democratic Action (SDA) in capital Sarajevo, the chairman of the Presidency of Bosnia and Herzegovina said: "Our friend is not very popular in the West, because Erdoğan is a long-awaited great leader for the Muslims."

"They (West) are not disturbed by primitive and ignorant Muslims," he said, "But when it come to economic development, they are disturbed by a man who opens his doors to three million refugees, who builds the world's largest airport, deals with terrorism and wars at his country's borders."

Erdoğan is expected to visit Sarajevo on May 20.

Izetbegovic said that their meeting during the visit will focus on a highway project that will link Sarajevo and Serbia's capital Belgrade.