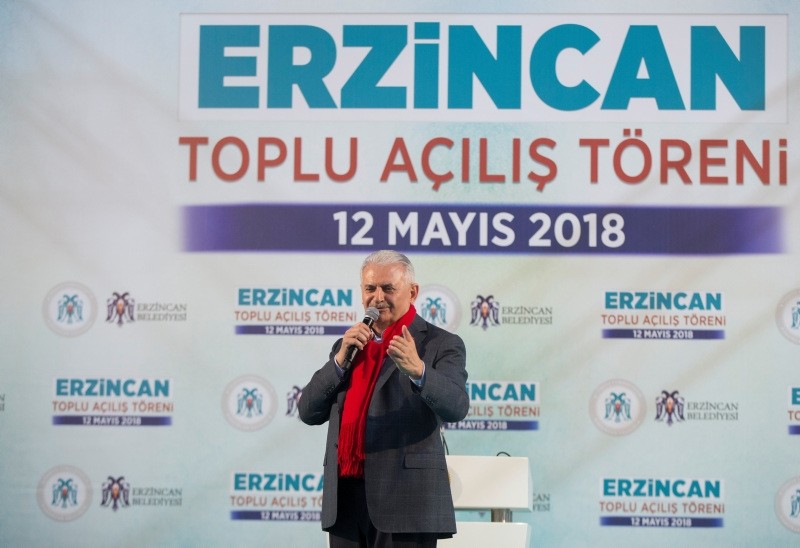 Prime Minister Binali Yıldırım said Saturday that the People's Alliance is set to "stand firm against imperial powers and propel Turkey into the future," commenting on the upcoming June 24 early elections.

At an opening ceremony in the eastern Erzincan province, Yıldırım said the opposition party alliance against the People's Alliance, which was formed by the ruling Justice and Development Party (AK Party) and Nationalist Movement Party (MHP), is serving as "a life raft for members of FETÖ," the terrorist group responsible for the 2016 defeated coup.

The People's Alliance would win the June 24 presidential elections and disappoint the opposition party alliance, the prime minister added.

In an April 2017 referendum, Turkish voters approved the switch from a parliamentary system to a presidential one.

The MHP-AK Party alliance is supporting Recep Tayyip Erdoğan, who is seeking his second term as president.

Being Turkey's first popularly elected president, Erdoğan has served as president since 2014. Before that, he served as prime minister, from 2003 to 2014.

FETÖ and its U.S.-based leader Fetullah Gülen are responsible for the July 15, 2016 defeated coup, which killed 250 people and injured some 2,200 others.