Turkey to figure out way to fulfill defense needs if US fails to sell weapons, Erdoğan says 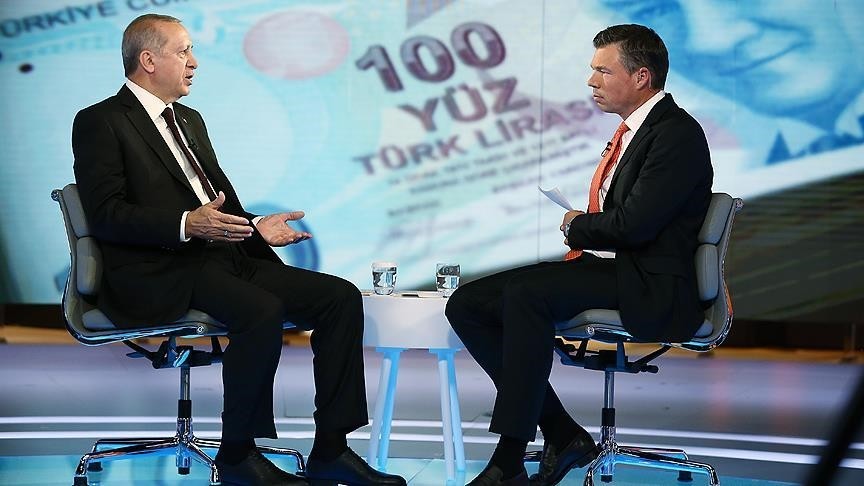 Speaking at a live interview with Guy Johnson on Bloomberg TV during his visit to Britain, Erdoğan said that Turkey will figure out a way to fulfill its defense needs if the U.S. hesitates to provide it.

Turkey has criticized the U.S. for handing out weapons to terrorist PKK-linked People's Protection Units (YPG) in Syria for free, and not selling them to Ankara.

After Ankara's repeated concerns, the U.S. administration, under the term of President Donald Trump, said they would collect the weapons given to the YPG. Yet, the promise made to Ankara has not been kept, Turkish officials say.

Upon the strong criticism from Turkey, U.S. President Donald Trump had promised that his country will halt providing weapons to the YPG during a phone conversation with President Erdoğan on Nov. 24. Welcoming those statements, Ankara stressed that the U.S. needs to take concrete steps and retrieve the weapons that it had provided to the terrorist group.

In a statement, the Pentagon has said the heavy weapons will be retrieved from the YPG as the fight against Daesh nears its end.