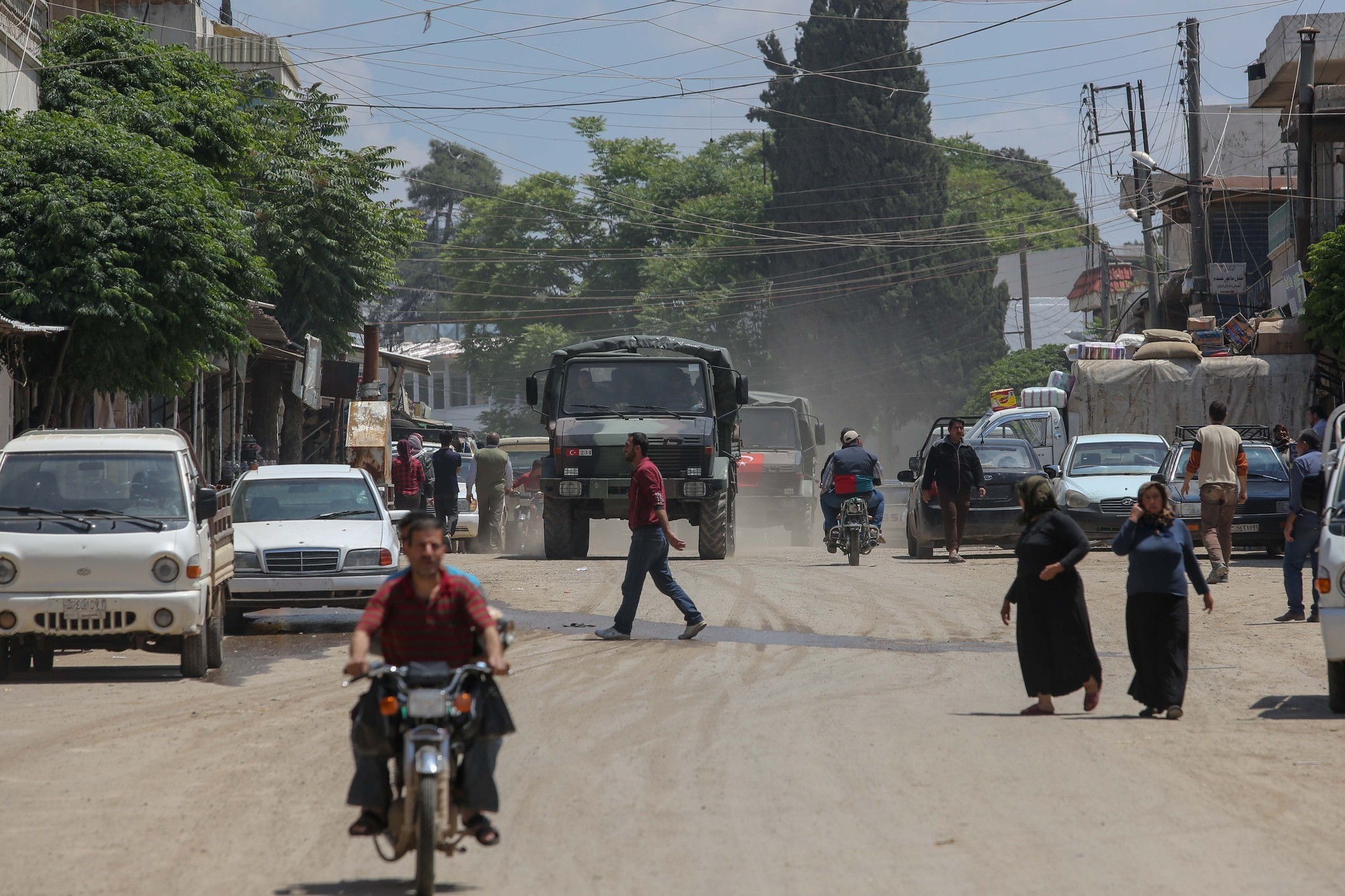 Turkey has no plans of settling in Afrin, but rather aims to give the city back to the locals by establishing necessary civic institutions such as local councils

It is completely inconceivable to return Afrin back to the control of the Syrian regime, Deputy Prime Minister Recep Akdağ said yesterday.

Speaking in an interview with German Die Welt yesterday, Minister Akdağ said that Turkey has two aims in Syria: security for Turkey, its borders as well as the Syrian people and a democratic environment in Syria with free elections and sustainable development.

"A free and democratic Syria can only be built without [Bashar] Assad. He has killed many of his fellow citizens and brought much suffering to his country," Akdağ said.

He underlined that Turkey does not want to settle in Afrin for the long term and its only goal is to defend Turkey's security in the fight against Kurdish terrorist groups like the PKK and its Syrian wing the People's Protection Units (YPG), and to return the area to the Syrian people as soon as possible.

"We want to give Afrin back to the local population, who should be there to decide for themselves. A local Afrin council has been set up, which is a decision-making body with local representatives. Therein also Kurds sit," he added, while indicating that Turkey has no problem whatsoever with the Kurdish, Arab and Turkish populations living in Afrin together.

He was talking about the recently established local council of 30 members in the Afrin Liberation Congress with the participation of over 100 people. The congress decided to meet regularly and will be monitored by nongovernmental organizations.

The council also decided to request the disarmament of the public and to form a security force that is not aligned with any party.

The most important criterion that will help secure the future of Afrin is that anyone who has had affiliation with the PKK and YPG will not be allowed to take part in the administration of the province.

Due to growing threats in the region, Turkey launched Operation Olive Branch in late January to clear the YPG and Daesh terrorist groups from Afrin.

The operation is being carried out under the framework of Turkey's rights based on international law, U.N. Security Council resolutions, its self-defense rights under the U.N. charter and respect for Syria's territorial integrity, according to the Turkish military.

Although it was announced on March 18 that Afrin was cleared of YPG terrorists, the operation is carrying on as the armed forces continue to clear mines and other explosives planted by the terrorist organization before they fled villages in rural parts of the region as well as the town center.

The two top diplomats had planned to meet in May but their schedules could not match up, said the source on condition of anonymity due to restrictions on talking to the media.

Matters pertaining to bilateral ties, regional issues, including Syria and recent developments in the Middle East, combating terrorism, and terror groups like the PKK and the Gülenist Terror Group (FETÖ) will be discussed during the meeting, the source added.

On April 27, Çavuşoglu and Pompeo held a bilateral meeting during the NATO foreign ministers summit in Brussels.

Turkey and the U.S. have established working groups to discuss the stabilization of Manbij, Syria and to prevent any undesirable clashes.

Both nations have been trying to iron out a number of issues, principally the issue of terrorist PKK and its Syrian affiliate the People's Protection Units (YPG) which the U.S. supports as a "reliable ally" in the fight against Daesh.

Chief of General Staff Hulusi Akar also met with his U.S. counterpart General Joseph Dunford during the NATO Military Committee chiefs of defense meeting in Brussels yesterday. The two discussed bilateral relations as well as the situation in Syria and the Middle East.